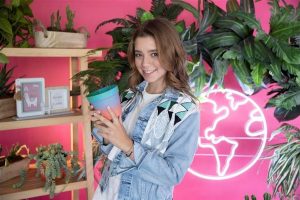 The 20-episode series, which is hosted by singer/songwriter and social media star, Bala, has been created and produced by ViacomCBS Digital Studios International (VDSI) Americas and launched this week on TrendybyNick.com, IG TV and YouTube in Mexico and Argentina.

Under the terms of the partnership, Nickelodeon and VDSI Americas will work with TNC to develop Planeta Bala’s episode themes, providing research, educational resources, and videos that have to do with various environmental issues. Some of the topics will include climate change, the protection of land and water, food and water sustainability, and the building of healthy cities, among others.

Additionally, TNC will also bring to the project various young environmental “Agents of Change” to be featured on the show who inspire action for environmental issues in the region.

“By way of this partnership with the The Nature Conservancy for Planeta Bala, we aim to reach and empower kids about environmental issues and give them a better understanding of the importance of protecting our planet with relevant facts,” said Tatiana Rodriguez, SVP, brand head of kids & families for Nickelodeon Latin America. 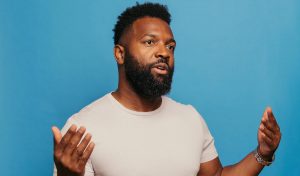 Baratunde Thurston, comedy writer, author and former advisor to the White House during US president Barack Obama’s administration, will deliver a keynote address at next year’s Kidscreen Summit Virtual.

Thurston will discuss how people can reframe their actions to be more inclusive and the role that content producers can play in how children see race portrayed on screen.

The keynote will come on 16 February 2021 as part of the three week conference program.

Thurston wrote the best-selling book How To Be Black and is the executive producer and host of two podcasts – How To Citizen with Baratunde and We’re Having A Moment. He’s also the creator and host of weekly pandemic show Live On Lockdown and has further hosted shows and stories on NatGeo and Discovery’s Science Channel. 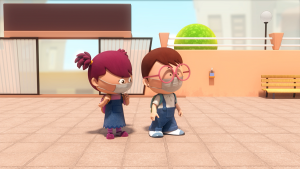 WHO launches Covid shorts on Spacetoon

The World Health Organization (WHO) in the Eastern Mediterranean has partnered with MENA kids’ channel Spacetoon to create four short animated films educating children about Covid-19.

The shorts, the first of which has already premiered, are produced by Spacetoon and built on WHO guidelines, explain the best practices to prevent the spread of the virus in schools and feature the characters of Zein and Zeina, who tackle different topics in each film – from physical distancing to hand hygiene.

“Research shows that kids are influenced by media and this acts like a big opportunity to deliver specific messages and help them adopt healthy habits,” said Spacetoon.

Sky in the UK has announced a co-production with Ulysses Filmproduktion and Cantilever Media for an adaptation of The Amazing Maurice, a Sky original animated family film  based on one of Terry Pratchett’s Discworld novels.

Hugh Laurie (Avenue 5) Emilia Clarke (Game of Thrones) and David Thewlis (Wonder Woman) will head up the cast of the feature, which is due to come to Sky Cinema in 2022.

The Amazing Maurice tells the story of a streetwise ginger cat who lands upon the perfect money-making scam when he befriends a kid who plays a pipe, and a horde of strangely educated, talking rats.

Sarah Wright, director of Sky Cinema and acquisitions at Sky UK & Ireland commented: “The Amazing Maurice is a fantastic story from a legendary author, and I couldn’t think of a better tale to bring to life as an animated film for all the family.”