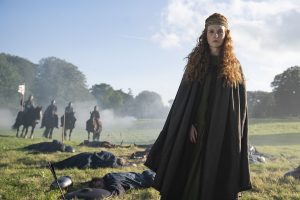 The Last Journey Of The Vikings

Broadcasters Rai in Italy, Geo Television (RTL) in Germany, Discovery in Spain and SBS in Australia have all acquired historical documentary series The Last Journey Of The Vikings, following deals with NENT Studios UK.

Produced by Mopar Studios and filmed in Ireland, the series is a Viaplay Original and has been co-produced by NENT Group, France Télévisions and NENT Studios UK.

The 4 x 60-minute documentary examines the Vikings and the pivotal role they played in European history, from the sixth century through to the Norman conquest of England in 1066.

Through a mix of expert analysis and drama, it explores their reasons for leaving Scandinavia and traces their adventures and advancements through to France, where they eventually swapped brutality for diplomacy.

Elin Thomas, NENT Studios UK’s EVP of sales, said: “We are delighted to have secured these initial sales for this brilliant history series, especially with four broadcasters who always put a premium on offering top-quality, expertly crafted factual programming to their audiences.” 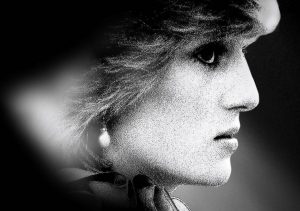 HBO in the US and Sky Documentaries in the UK are to acquire the feature documentary Diana, for the worldwide TV premiere following its theatrical release.

Produced by UK-and-US-based Lightbox and distributed by UK indie Altitude, the film is being directed by Tell Me Who I Am’s Ed Perkins.

The film, which is slated to open in cinemas worldwide in the summer of 2022 to mark the 25th anniversary of the tragic death of the Princess of Wales, has already pre-sold the film to theatrical buyers in multiple territories, including  Benelux (Piece of Magic), Germany and Austria (Studio Hamburg), Italy (I Wonder Pictures), Portugal (NOS Lusomundo Audiovisuais), Switzerland (Ascot Elite), Czech Republic (AQS), Japan (Tohokushinsha), Australia & New Zealand (Madman), Middle East (Phars) and Turkey (Filmarti).

Using an archive-only approach, DIANA will draw on thousands of hours of news reports, previously unseen footage and photographs to create a unique documentary record of the life and times of the princess and global icon.

The film also turns the camera back on society, to examine the profound impact Diana had on ordinary people in Britain and across the world.

Director Ed Perkins said, “The life and death of Princess Diana remains one of the defining stories of our times.  Though we are telling a story which has been told and re-told many times, my aim is to reframe it for a modern audience and make it feel as fresh and relevant as it ever has.”

Simon Chinn and Jonathan Chinn, co-Founders of Lightbox added: “The mythology surrounding Princess Diana remains as potent as ever, but we want to paint as honest a portrait as we can of a complex woman who had a powerful influence not just on the British monarchy but on wider society.”

The eight-part weekly series combines video and audio storytelling to examine some of the world’s biggest stories “in the most unfiltered way possible” by using recording from people who experienced those events.

Source Material will tackle topics ranging from war zones to wildfires, with each episode released as both an in-depth original podcast and a short film, produced uniquely for each medium, so the audience can experience the event in two ways.

“Vice News is famous for our boots-on-the-ground reporting that brings our audience directly into the story,” said Jesse Angelo, president of global news and entertainment at VICE Media Group. “We are constantly thinking of innovative ways to deliver our journalism and Source Material brings the audience straight to the firsthand sources themselves—unfiltered and unvarnished.”