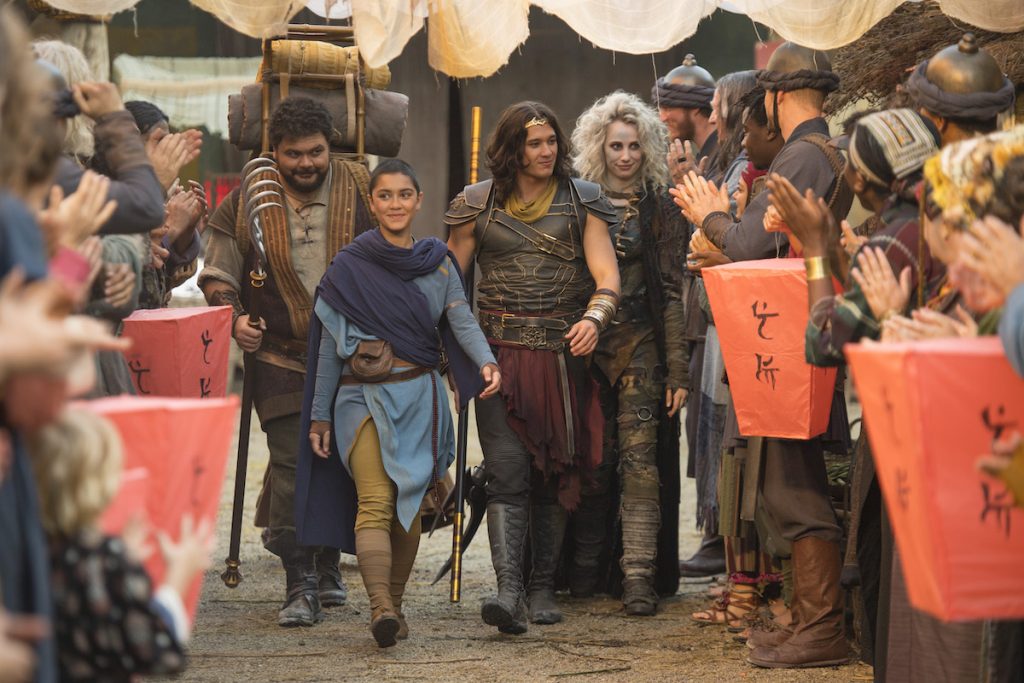 BBC-owned children’s channel CBBC has acquired both seasons of live-action kids’ series The New Legends Of Monkey, following a deal with London-based distributor Serious Lunch, with the first season set to air next year.

The 20 x 26-minute series was produced by See-Saw Films, the British-Australian studio behind Top Of The Lake and State Of The Union, and originally launched on Netflix, ABC and TVNZ in 2018.

Serious Lunch oversees the worldwide distribution of all 20 episodes and has also placed the series with RTP Portugal and TVP Poland.

Inspired by the classic novel Journey To The West by Wu Ch’eng-En, as well as the 1970s/80s Japanese series Monkey, this fantasy adventure series follows the quest of a young woman to restore peace to the world and defeat invading demons by reawakening the Monkey King and two other faded gods.

“The original Monkey series was huge in the UK on BBC, and in Australia and New Zealand in the 70s and 80s and The New Legends Of Monkey delivers the same level of action with an extra dose of comedy, diversity and a gender twist that we hope will repeat that success.” said Genevieve Dexter, CEO of Serious Lunch.

“We wanted to tell a fantasy story with action, adventure and comedy that also tells kids it’s okay to be different, and that teamwork and friendship can change the world as long as you are true to yourself. We are so excited to bring the show to a new audience with CBBC,” added Rachel Gardner of See-Saw Films.