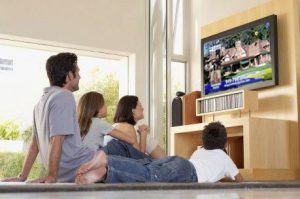 2020 has brought unprecedented change for the content business, with Covid-19 acting as an accelerant on an already rapidly changing sector. Maria Rua Aguete, senior research director for TV, video & advertising at TBI sibling Omdia, tells Richard Middleton what we can expect in 2021.

Vertical integration in the media world was already well underway prior to the pandemic, with the major US studios already planning to pull their content from third-party suppliers in preference for their own DTC streaming services.

Alongside this largely foreseen – yet still fundamental – change to the business has been the utterly unprecedented Covid-19, affecting the production pipeline like nothing before it. Pay TV broadcasters reliant on sports have had to adapt as events have been cancelled, commercial channels have seen advertising plummet and streamers of all flavours have seen viewing surges.

The result of this is a sector in great flux, with aggregation a likely result. “Overlapping ecosystems are to dominate entertainment service strategy in 2021,” says Rua Aguete, who below identifies the key trends that will define the media and entertainment industry next year. 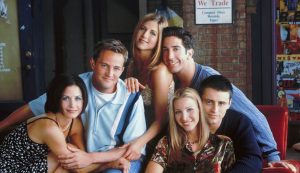 One of the main trends of recent years has been the huge shift in the importance placed on cut-through content, with myriad effects emerging as a result. Sky in the UK recently shuttered its Disney channels as content moved to the Mouse House’s new streamer, WarnerMedia took back Friends for its new streamer HBO Max last year, and Peacock was handed back the US version of The Office by IP owner NBCUniversal, in a deal valued at around $500m. Both shows had previously been on Netflix in the US, with the deals two among many that underline the value of brand defining content. “Content producers will find increased value in a smaller amount of their IP and new ‘fresh’ ideas will be harder to develop,” says Rua Aguete. “Where the IP owner is independent, expect a wave of consolidation as ownership of key franchise properties becomes strategically important.”

Pay TV has been in decline in many markets for years but the trend seems to have been exacerbated by the pandemic. Customers have been cutting their bundles as the economic impact of Covid-19 hits spending but there has also been a shift in strategy from IP-owning channel operators. “Content owners that traditionally provided linear channels will see an increased focus on a smaller number of ‘brands’,” says Rua Aguete, adding that the importance of channel brands is decreasing “in favour of new thematic groupings.”

This shift underlines the ever-increasing importance of owning IP in order to return margins across a range of monetisation verticals. “Co-producers and commissioners should reassess brand strategies and rights, consolidate from legacy channel brands to consumer-friendly content brands,” she says, with options including the subdivision of generic brands into “multiple thematic” brands. “Work to use these brands across merchandise and non-video entertainment to reinforce consumer messaging,” she adds. 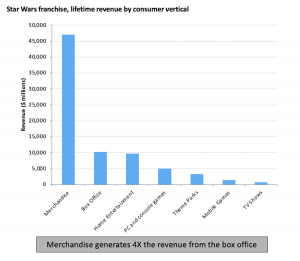 “For IP owners that provide a range of consumer facing services such as channel and OTT platforms, the next few years will involve focusing on maximising returns on a core set of high-value IP,” says Rua Aguete. “OTT delivery has allowed content owners to bypass typical channel structures and deliver larger libraries, but it has also reduced the role of the channel brand. As a result, the brand of the content has become more important.”

The analyst points to “existing powerful brands” such as the Disney Marvel and Star Wars franchises or the CBS Star Trek shows, which offer content that can cut through the noise of competing titles. “To build a powerful brand, the content must be compelling and the message to consumers must be reinforced at multiple points of contact. Brands that can be deployed (rather than just marketed) in multiple consumer verticals, including toys, games, clothing, theme-parks, and packaged goods, will be an incredibly efficient tool in the post channel era. Large groups will look to develop core brands to carry content, replacing legacy channel brands.”

Streamers have, by and large, been among those to have benefitted from locked down viewers, with SVOD numbers ticking up and AVOD viewing soaring. But for more mature markets, there “have been signs that SVOD providers have exhausted the low-hanging fruit in their mature markets,” says Run Aguete. “In recent years, significant subscriber growth has only occurred when services have been further integrated with major pay TV, such as the 2019 Sky and Netflix deal,” she adds, while the value of the channel is also “eroding”.

“Therefore, to build a compelling media package, a service provider will combine SVOD content with content offered by channels to form a single consumer friendly package,” Rua Aguete says. This will likely mean the major SVOD services being bundled alongside linear channels, rather than sold standalone. “Another feature that will enhance this trend will be a single search function that combines the libraries of each service agnostically as part of the front-end interface.”

Maria Rua Aguete is senior research director for media & entertainment at OMDIA, the global technology research powerhouse which, like TBI, is part of Informa. The data above comes from her recent report, 2021 Trends to Watch: Media and Entertainment Super-trends.