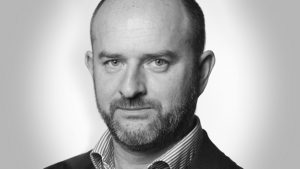 The former BBC Three controller joined the Peaky Blinders prodco in early 2019, with a remit across the creative and strategic direction of the company.

He had reported into Peter Salmon, who was appointed in August as executive chairman at Banijay UK, following the exit of Endemol Shine UK CEO Richard Johnston.

In a note to staff, Salmon said that the resignation had been in discussion for “a fair bit of time” and that Kavanagh would remain with the company until the end of November to oversee the transition.

Kavanagh, who had oversee shows including the BBC’s Man Like Mobeen and Netflix’s Travels With my Father during his stint, added that he would “take the time to consider some new adventures and allow the business to embark on a new chapter.”

As controller of BBC Three, Kavanagh had been responsible for commissioning and also oversaw what was then BBC Content’s multi-platform strategy. He took control in December 2014 and oversaw the channel’s migration online in February 2016.

Under his leadership, the channel had achieved significant growth, launching such talent as Phoebe Waller-Bridge, Daisy and Charlie Cooper and Stacey Dooley. Kavanagh first joined the BBC in 1994 and has also worked for Channel 4.

Tiger Aspect’s recent slate has included Curfew (Sky One), Bounty Hunters (Sky One), Mr Bean (CITV), The Other One (BBC Two) and Hitmen (Sky One).