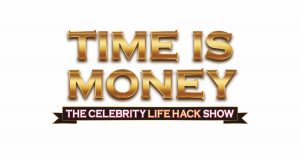 Time Is Money – The Celebrity Lifehack Show is based on the TBS primetime show Jitan Seikatsu Guide Show, which is based around a panel of celebrities who show off their favourite tips and tricks too improve their lives.

Audience members are also encouraged to share their own life hacks, with the best idea winning the contestants a cash prize.

The deal, which was brokered with TBS’ format licensing agent Bellon Entertainment, will see SPT oversee international sales of the format as well as local productions. It is launching the show as part of its Virtual October Formats Fest this month.

Mayu Sunaga, director of international sales at TBS, said: “Following the footsteps of our format giants Funniest Videos, Takeshi’s Castle and Ninja Warrior, we have high hopes that SPT can make Time Is Money the next global hit from TBS.”

Tracy-Jean, executive producer of global formats at SPT, added: “When we first saw Time Is Money we knew that it was a format with truly universal appeal – funny, lively and informative.”