Autentic MD Patrick Hörl tells Richard Middleton how his German factual producer and distributor responded to surging demand as Covid-19 landed and why co-productions and streamers are key.

When the severity of the global pandemic hit countries outside of China in March, the long-term impacts were not front of mind.

Over the course of just a few weeks, the traditional model of production and the pipeline that ultimately leads to screens around the world was fundamentally affected, leaving commissioners, acquisition execs, producers and distributors to focus on the immediate impact of a hiatus in fresh content.

For those working on the often frenetic, crowded studios and sets in the scripted game, the challenges were – and still are – clear. But for factual, it was different. Producers were able to respond quickly and often work around social distancing restrictions, keeping the pipeline stocked and ensuring product was available for locked down viewers who were increasingly turning to unscripted series. 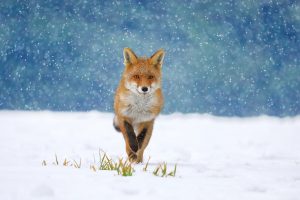 “The ever changing restrictions on travelling led our production team to prioritise shows that didn’t require a lot of travelling,” says Patrick Hörl, MD at German producer and distributor Autentic, which is behind shows including science series The Animal Within and Life From Space. “We also focused on shows that required a significant amount of archive footage,” he adds.

Autentic was also in the fortunate position of being able to use its distribution outlet to accommodate buyers whose own supply lines were running dry.

“The team didn’t rest. Sure, demand for acquisitions kept growing in light of so many production delays and cancellations but rather than just leaning back, waiting for those calls, Mirjam [Strasser] and her team looked carefully at how consumer preferences changed during the pandemic.

“And there’s no doubt, factual faces an exceptionally good year. From being the low profile, low cost genre that would typically be featured at the end of a multi-genre presentation, it has advanced to being a key element of any viewers’ appetite. We noticed increased demand from pubcasters around the world, as well as from streamers,” Hörl says, but admits that the ad-sales funded terrestrials “remained rather quiet in comparison for a while.”

Some of these commercial operators have seen an advertising rebound since the lows of early summer and clearly the declining budgets of linear broadcasters has not been caused by Covid-19, though probably accelerated by it. The result, says Hörl, has seen Autentic focusing on “tentpole” shows that drive marketing for channels. “This is where funding doesn’t seem to be such a problem,” he adds.

Autentic has invested in numerous domestic and international co-productions, which the Autentic boss says has provided it with “an important edge in the current situation”. The Animal Within is one example of this, with the show co-produced with Canadian prodco Go Button Media and pre-bought in Germany by free TV Channel ntv.

“Co-financing and co-production are at the center of what we are doing. It is crucial to have dedicated staff just focusing on these areas, otherwise we would not have been able to build so many trustful relationships with content creators. Autentic’s distribution arm is as much a sales engine as it is a financing partner on productions that could otherwise not be made,” he explains, reflecting a similar trend that occurred in scripted several years ago. 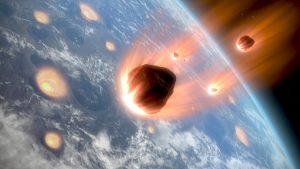 While broadcasters and other partners are being brought together to provide tentpole budgets, US-based streamers are fast cementing their place as a key element in the factual ecosystem.

“They are not as advanced as some Asian streamers, however, they are catching up. This is probably true for both new players in the field, as well as for more established streamers. Most of them aren’t yet finished with building their factual portfolio,” Hörl says, adding that OTT operators are “the drivers of our growth.”

This is partly because there are numerous new services launching and moving into factual, such as soon-to-launch French operator Salto, but also because of the way the OTT community looks at programming.

“Streamers are keen on factual and they are ready to pay for it. There’s also less of a boundary between general entertainment and factual in the streaming world. With many streamers, when they evaluate your show, they don’t focus on the genre first. They ask: is this a compelling and relevant story?”

For Autentic and factual producers of all persuasions, that apparently simple rephrasing of the question could have a fundamental effect on the factual market in the long term.