Kidscreen Summit is going virtual in 2021 due to continued uncertainty surrounding Covid-19.

The annual kids conference will no longer hold a live event, but instead build a virtual experience – Kidscreen Summit Virtual – that will take place online from 8 February to 5 March next year.

This virtual space will include a delegate lounge and a communal space where individual guests can get in contact, while delegates will also have access to private video conferencing rooms.

Keynotes, Q&As, fireside chats and panel discussions will all return, spread out across the final three weeks of the event and available on-demand until the end of March for catch-up viewing. 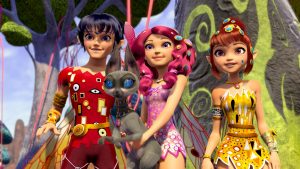 TV Cultura picks up ‘Mia And Me’

The show launched on the free-TV channel earlier this week, taking a daily slot within TV Cultura’s kids’ programming schedule.

Fabiana Quinteiro, acquisitions coordinator at TV Cultura,  said: “We are very glad with this new partnership with Studio 100 Media. Mia And Me is already a huge success on YouTube, but now it is going to reach more children, around the country.” 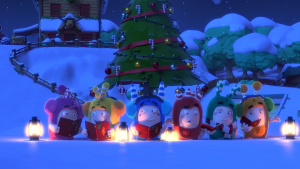 Disney Channels US have acquired a package of long-form seasonal specials and shorts of kids’ comedy series Oddbods from Singapore-based studio One Animation.

The specials will air across Disney XD, Disney Junior and on DisneyNOW and include the Halloween-themed Party Monsters (1 x 22-minutes) and the Christmas special The Festive Menace (1 x 22-minutes), aming others.

“We are very excited this package of Oddbods seasonal content has found a home on Disney XD and Disney Junior in the US,” said Michele Schofield, SVP of content distribution at One Animation. “Each of these episodes and shorts is brimming with the humour and charming adventures Oddbods fans know and love.” 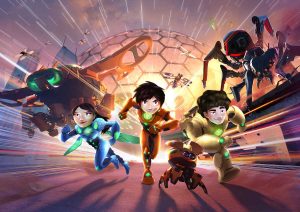 Battle Of The Bugs

The UK’s Jellyfish Originals and China’s Alpha Group have struck a coproduction partnership on a new kids property, Battle Of The Bugs, at MIPCOM.

The futuristic action-comedy follows three youngsters who are sent on a secret mission to save the world from invading giant robot bugs.

Jellyfish Originals is providing script to screen production services whilst also managing the global pre-sales and consumer products rights outside of China and Asia. Alpha Group will oversee all rights in China and Asia and spearhead the licensing programme as global master toy partner.

Natalie Llewellyn, MD of Jellyfish Originals, said: “I’m excited to bring Battle Of The Bugs to the international market. Together we have created an ambitious universe where technically advanced Robot-Bugs threaten human existence.” 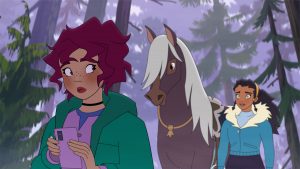 Helsinki-based studio Ferly and Stockholm’s Star Stable Entertainment have formed a co-production and development partnership, to create a new animated short-form series based upon the latter’s Mistfall video game property.

The 10 x 5-minute Mistfall series introduces a new heroine, Skye Rowan, to the universe in a story that runs parallel to the game.

This first Mistfall series is expected to lead to further scripted content in the franchise, including a long-form series which is also currently in development.

Laura Nevanlinna, CEO of Ferly says “The deep lore and expansive universe of Mistfall means there is huge scope for making wonderful stories and entire new worlds for players of the game to immerse themselves in, as well as new fans.”

Finnish animation studio Haruworks has received new investment from indie production company Rabbit Films, which is now a minority stakeholder in the company, with CEO Olli Suominen taking a seat on the board.

The strategic move provides each company with access to the other’s “know-how and networks” and gives Rabbit Films a foothold in the children’s content genre, while for Haruworks, this is the second round of investment raised for its first development slate. Two of the slate’s projects, 1001 Animals and Worst Best Friends were pitched at Cartoon Forum in 2018 and 2019, respectively.

“We see this investment as proof of the strength of our slate”, says Haruworks producer and CEO Nick Dorra. “Even in the challenging circumstances of a global pandemic, great content always carries potential, and with this new partnership we’ll be well positioned to exploit it.” 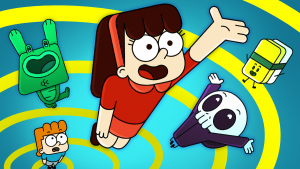 Animation company Omens Studios is opening a new office in London, to be led by new appointment Harry Teper as MD.

Teper will report to Omens CEO Chi Sim Tang and manage the daily operations of the new office with a remit of creating global brands for the company’s IP through distribution, co-production, marketing and digital activity. He will also be responsible for Omens Studios’ third-party service work managed via the London office.

The new London base will act as Omens Studios’ pre-production hub, with all new IP development – as well as some production – being managed out of the UK. It will also have a focus on working with both UK and European-based creative talent and broadcast partners.

Omens Studiios already has offices in Singapore, Malaysia, the UK, US, China and India.

The first two projects to be run from the London studio are Omens Studios’ brand-new titles Amy & The Afterlife, and Dragon Lizzardo.

Chi Sim Tang, CEO of Omens Studios says: “It’s exciting to grow our business into new markets led by the creative and dynamic Harry Teper and we certainly look forward to adding to our slate of titles and produce even more amazing content for our viewers and partners from around the world.” 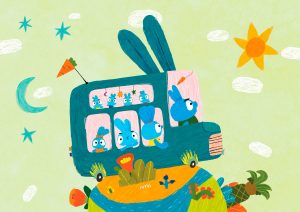 Deals have been secured with Nick Jr and Milkshake! in the UK, Super RTL in Germany, ABC in Australia , YLE in Finland, HOP! in Israel, PlusPlus in Ukraine and Daekyo in South Korea.

The 52 x 7-minute 2D pre-school series is produced by Spanish animation studio Anima and Ukrainian prodco Glowberry and follows a family of rabbits as they seek adventure and exploration.

Alison Taylor, director of distribution and business development at Aardman, said: “We’re delighted with the response the property has had from international buyers and we hope to announce further sales following MIPCOM.” 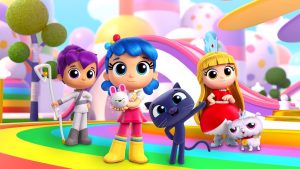 Toronto-based children’s prodco Guru Studio has signed a slew of new international broadcast deals for its new series Pikwik Pack and True And The Rainbow Kingdom.

Pre-Sales for Pikwik Pack include Super RTL in Germany, Canal Panda in Portugal, HOP in Israel, and Minimini+ in Poland.

The series will premiere with two back-to-back episodes in the US on 7 November on Disney Junior and DisneyNow.

Meanwhile, new broadcast partners for True And The Rainbow Kingdom include TVP ABC in Poland, 9Go! in Australia and US military network AFN. Having previously acquired seasons one and two of the show, HOP in Israel and Star Channel in Greece have also now acquired seasons three and four. 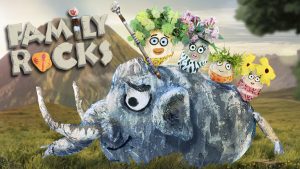 The 52 x 7-minute series debuted this week at MIPCOM and follows the Stone Age adventures of the Quartz family, a clan of Neanderthals.

“We fell in love with Family Rocks as soon as we saw it,” said Peter Young, director of development at Splash Entertainment. “We are excited to be collaborating with Ananey and series creator Gili Dolev to bring this authentic and relatable Stone Age family to life for preschoolers and their families all across the globe.”

The show will be available across KT platforms including Olleh TV and Seezn, beginning with 170 episodes, and more content set to arrive throughout the year.

“CoComelon has been entertaining millions of kids across the globe with its engaging and educational children’s content,” said Nicolas Eglau, head of EMEA and APAC at Moonbug. “Our goal is to continue bringing CoComelon to new audiences and as one of the biggest IPTV providers, KT is a strong partner to do so in South Korea.” 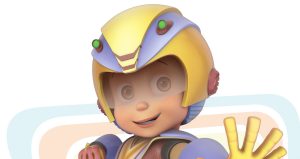 In North America and LatAm, US-based streamer Olympusat Entertainment has picked up Pay TV and digital rights for 221 half hours of catalogue titles including Vir: The Robot Boy, Eena Meena Deeka and Chacha Bhatija along with new show Harry.

English and Punjabi-language platform Heeroz OTT from Catrack Entertainment has acquired worldwide non-exclusive rights for Vir: The Robot Boy and Chacha Bhatija, while India’s IN10 Media is launching a new channel titled Gubbare with 78 x 30-minutes of Cosmos-Maya’s internationally co-produced shows such as Atchoo, Berry Bees and OPS.