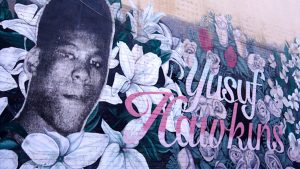 Sky in the UK has acquired feature documentary Yusuf Hawkins: Storm Over Brooklyn for broadcast on its Sky Documentaries channel and NOW TV on-demand service.

Produced by Lightbox and directed by Muta’Ali Muhammad, the film, which premiered on HBO, tells the story of Hawkins, a black teenager who was murdered by a group of young white men in Bensonhurst, Brooklyn, New York City, in the United States. The murder led to racial tensions and civil rights activism that exposed deep prejudices within the nation.

The film meets Hawkins’ family and friends, as well as other New Yorkers, 30 years on from the killing, as they reflect on his murder and the fight for justice that divided the city.

Simon and Jonathan Chinn, co-Founders of Lightbox, and executive producers on the documentary, said: “Yusuf Hawkins: Storm Over Brooklyn is a powerful, timely film which feels so relevant to today’s audience even though the events it depicts took place 30 years ago. We’re thrilled that this deal with Sky will bring the film to UK viewers.” 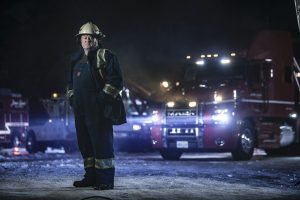 Beyond Rights shops 300 factual hours to US

Broadcasters across the US have picked up more than 320 hours of returnable, unscripted series, following a slew of deal by UK-and-Australia-based distributor Beyond Rights.

CF Entertainment has acquired all nine seasons – 129 hours – of obs-doc series Highway Thru Hell for syndication across the company’s local television network. Produced by Great Pacific Media, the series follows truckers on the Coquihalla Highway in British Columbia, Canada, as they battle steep hills, rock falls and winter snowstorms on the hazardous route.

Series nine of Highway Thru Hell (18 x 60-minutes) and series five of Heavy Rescue: 401 (14 x 60-minutes) have also been licensed to The Weather Channel. Heavy Rescue: 401, which follows the unique challenges and difficult working conditions endured by tow truck operators and rescue and maintenance crews on a busy highway, is also a Great Pacific Media production.

The first five series, totalling 130 hours, of property title Love It Or List It, produced by Canada’s Big Coat Productions, have been licensed to HGTV US, along with season three of Love It Or List It Australia (10 x 60-minutes), produced by Beyond Productions. The series follows people who must decide whether to sell their house and move or invest in it and renovate.

Finally, White Rabbit Project (10 x 60-minutes) has been acquired by the Science Channel. Produced by Beyond Productions, the series follows presenters who immerse themselves in experiments, builds and tests as they investigate weird and wonderful events from pop culture, science and history.

Sherry Fynbo, recently promoted to EVP of sales for North America at Beyond Rights, commented: “Deals such as these endorse Beyond Rights’ strategy of finding the best international producer partners possible and then working closely with them to invest in great content with long-running potential.”

Great Pacific asks ‘What If’

Great Pacific Media, the factual division of Canada-based Thunderbird Entertainment, has partnered with Underknown, creators of the social media brand What If, to create a TV series based upon it.

The short-form What If videos tackle unusual scientific questions in an entertaining way and boast a strong online following, having been viewed more than six billion times in nine languages around the world. Popular titles include What If You Were Swallowed By A Whale? and What If The Earth Stopped Spinning?

Great Pacific Media said that it is “confident that along with the already established online following, the series will undoubtedly be a TV hit.” 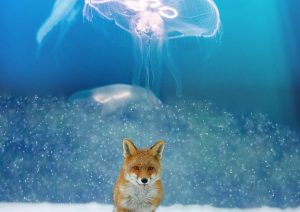 The 6 x 45-minute The Animal Within is produced by Canada’s Go Button Media, and “looks under the hood of incredible creatures that have been perfected by nature over the time and shows what we can learn from them to make humankind better”, says to Mirjam Strasser, NTV’s head of sales & acquisitions.

The 4 x 45-minute The Huntsman, meanwhile, is produced by Smac and lets viewers follow “the modern hunters of today into the woods and experience the craftsmanship of hunting up close,” according to Strasser.

Both shows will launch on Bertelsmann Media’s RTL Group-owned NTV next year, with production of the shows due to be completed by the end of this year. 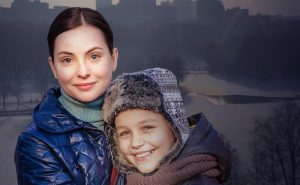 Adapted from Japanese broadcaster Nippon TV series Mother, the 16 x 45-minute Mother’s Choice about a schoolteacher who goes to incredible lengths to protect a seven-year-old student from her abusive parents.

The 16 x 45-minute Behind The Shop Window, meanwhile, is a love story about a wealthy entrepreneur who is ruthless when it comes to matters of business, but can’t stop thinking about a provincial girl he met who is desperately trying to escape poverty.

Both series were produced by Artforms Productions for STB TV channel (Ukraine), written by Tatiana Gnedash and directed by Mila Pogrebiskaya. 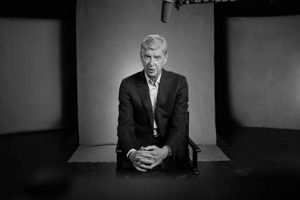 Titled Arséne Wenger: Invincible, the film began shooting in September 2020, and is set for completion in late 2021. Wenger, the best known as the French manager of English club Arsenal between 1996 and 2018, will himself will provide unprecedented insight and access, as British filmmaker Gabriel Clarke and co-director Christian Jeanpierre “seek to capture the man behind the manager.”

“It is a privilege to work with Arsène Wenger and Christian Jeanpierre on this project,” said Clarke. “My friendship with Christian pre-dates even the Wenger era in North London and for some time it has been our ambition to combine on this project.”

NoahX, Noah Media Group’s sales and distribution division, will be co-ordinating a theatrical and transactional release in the UK in late 2021, as well as international sales, in partnership with Federation Entertainment.