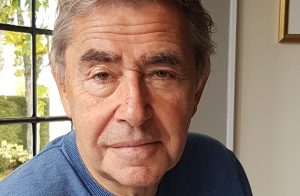 As part of the deal, all RWP films will be made in co-production with Two Rivers, with the Wilson’s outfit working alongside Two Rivers’ development team. The alliance will also see RWP benefit from Two Rivers’ corporate infrastructure, making use of the company’s finance and legal resources.

Launching in early 2019, Two Rivers has already established itself in the UK production space, with a portfolio including factual entertainment series Escape To The Chateau: Make Do And Mend for Channel 4, drama special Susan Hill’s Ghost Story – The Small Hand for Channel 5 and history series Becoming Scotland for BBC Scotland.

Wilson, meanwhile, is the former creative director of Glasgow-based prodco Matchlight, and a well-known Scottish factual producer and director, with a large portfolio including Stephen Fry: Secret Life Of The Manic Depressive and Russell Brand: From Addiction to Recovery for BBC Two, Lenny Henry: Finding Shakespeare for ITV1 and Being Beethoven for BBC Four, as well as the upcoming The Billion Dollar Art Heist for BBC Two. 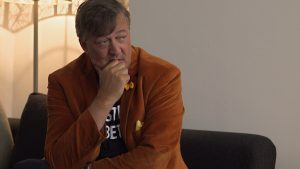 His new venture will focus on specialist factual and documentary programming, with ambitions to push into theatrical and feature documentaries.

“Two Rivers has quickly become one of the most creative production companies in Scotland, so I’m delighted to be signing this strategic deal,” said Wilson. “Collaboration is key if we are all to succeed in a post-Covid world.

“This deal not only strengthens both our businesses, but gives us that increased access.  Two Rivers has particularly strong international connections, which are of huge benefit to RWP. It will allow us to significantly increase our area of attack and accelerate our growth.”

Two Rivers MD Alan Clements added: “Ross is one of the UK’s best factual exec producers. His films are intelligent and thought-provoking and, as well as being highly acclaimed in the UK, they have garnered huge sales worldwide.

“We have worked together many times since Wark Clements’ days and I’m thrilled to be collaborating with Ross again.  He has a fantastic slate of projects which both complement and enhance the Two Rivers’ documentary offering.”