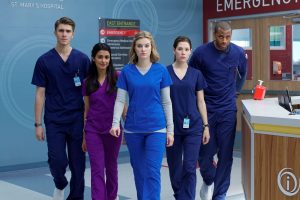 Foxtel in Australia, NBCUniversal International Networks in Germany and Warner TV in France are among broadcasters to have picked up medical drama Nurses, which has been sold into more than 100 territories.

The 10 x 60-minute first season was commissioned by Global in Canada and follows five recent graduate nurses as working in a hospital. It is produced by ICF Films and eOne, in association with Corus Entertainment.

NBCUIN has also taken the show in Africa, Streamz and SBS have acquired in Belgium, Talpa Network has Netherlands rights, Siminn will air the show in Iceland and Fox Life has picked up in Turkey.

The show, which is in production in its second season, is also posted to sell into the US, distributor eOne. 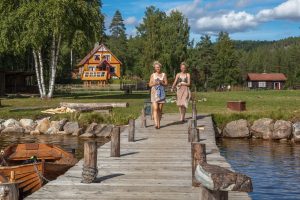 NENT’s Farm opens in the Netherlands

NPO1 in the Netherlands has become the latest broadcaster to order a remake of NENT Studios well-travelled format The Farm.

The competitive reality show is being produced by the format’s creator Strix and will be on air in the Netherlands in 2021.

The format, which is distributed globally by NENT Studios UK, throws a group of men and women together on a farm and requires them to compete in a series of challenges to avoid eviction.

It was created in 2001 and has been remade across the Nordics and Central and Eastern Europe, with the 16th season of the Norwegian recently premiering to a 43.6% share.

Factual distributor TVF International has secured a raft of deals in Thailand for more than 1000 hours of its non-scripted programming.

Thairath TV has picked up rights to Big Food, from The Moving Visuals Co, and The Snake Master, which follows Nirut Chomngam who travels the length and breadth of Thailand introducing viewers to the country’s more than 200 species of snakes.

Elsewhere, MCOT has added more than 20 hours including The Moving Visuals Co’s series Weird Food Diaries, while STG Mediaplex has licensed more than 200 hours of factual titles including Attitude Pictures’ mental health series In My Mind.

TVF has also secured a 1,000-hour output deal with JKN Global for an array of shows including the first nine seasons of Skyworks-produced The World From Above and travel series No Luggage.

The duo – which are a joint venture between the two US companies – will launch on C5’s VOD service My5 in the UK offering 400 additional hours of content over the next year.

Oli Thomas, VP & digital lead at C5, said: “AMCNI UK’s channels are an exciting addition to My5 and a perfect example of how we’re leveraging the wider ViacomCBS content portfolio in the UK. The programming will broaden the scope and scale of My5’s cross-genre entertainment offering, adding further value to the platform for our viewers.”