Alibi renews ‘Traces’ and ‘We Hunt Together’ for second seasons, due 2021 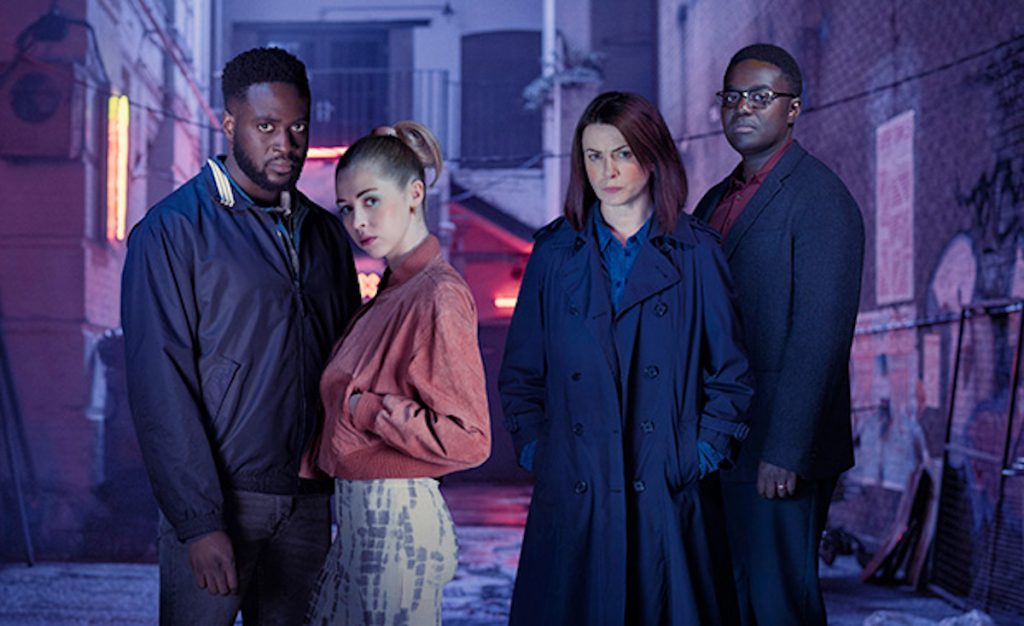 UKTV’s specialist crime drama channel Alibi has recommissioned two of its original series – Traces and We Hunt Together – for second seasons.

Produced by RED Production Company for UKTV and BBC Studios Distribution, Traces is based on an original idea by best-selling crime writer Val McDermid, with season one following the work of the Scottish Institute of Forensic Science, and professors Sarah Gordon and Kathy Torrance as they strived to uncover the truth about a woman’s murder.

Traces was Alibi’s biggest launch since 2011 and amassed an average of nearly one million viewers per episode across the series.

Writer Amelia Bullmore is returning to script the 6 x 60-minute second season, alongside Jess Williams, which is due to air next year, with a story that sees the team investigating a series of bombings.

UKTV’s Philippa Collie Cousins, who commissioned the series, said: Traces is ramping up with its hallmark forensic focus, nuanced characters and explosive surprises, it promises to be thought provoking and entertaining.:

Meanwhile, We Hunt Together, is also back for a second 6 x 60-minute season due to air next year.

Produced by BBC Studios and written by Gaby Hull, season one of the cat and mouse thriller introduced two star-crossed killers, Baba and Freddy, who go on the run from the police after committing a series of brutal murders, as well as mismatched detectives DS Lola Franks and DI Jackson Mendy, who were assigned to stop them.

The second season picks up 10 months after the first and sees a potential new accomplice on the scene and another game of obsession, murder and love about to get underway.

Gaby Hull commented: “It was a real pleasure developing series one with BBC Studios, UKTV and the incredible cast and crew. I’m excited to be able to keep the story going and see where the hunt takes us next.”