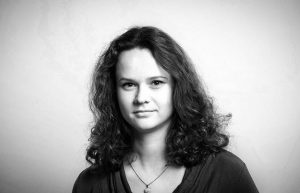 In her new role, she will manage Rabbit Films’ sales across Central and Eastern Europe, Israel and Sub-Saharan Africa, reporting to Rabbit’s head of international, Jonathan Tuovinen. Csizmadia replaces Natalia Sterlikova, who has chosen to focus on other projects under her own f3 Media banner.

Before joining Rabbit, Csizmadia was senior sales manager at Keshet International and managed sales in Central and Eastern Europe, Israel, Turkey, Greece, Africa and the Middle East. She worked with globally successful entertainment formats including Rising Star, Deal With It and Singletown and scripted series such as The Baker & The Beauty, False Flag and Prisoners Of War.

Csizmadia commented: “I am delighted to join Rabbit Films in these challenging times and to start representing Rabbit’s unique catalogue of formats and finished tape. I see a big potential for a variety of different clients in both the non-scripted formats as well as the factual finished tape, and can’t wait to take on a virtual MIPCOM!”.

Directed by Laurent Portes, the two-hour special, will air on France 5’s science strand, Science Grand Formatand shine a light on one of the most famous conflicts in Greek mythology. It has also been pre-sold to Belgium’s RTBF, French channel Histoire TV and an undisclosed US broadcaster.

Fabrice Frank and Samuel Kissous are attached as executive producers for Pernel Media.

Kissous, who is president of Pernel Media, commented: “This exciting archeological investigation mixed with compelling visual effects will appeal to viewers around the world by providing them new intriguing information about this famous myth, the Trojan warriors and the survivors from the conflict.” 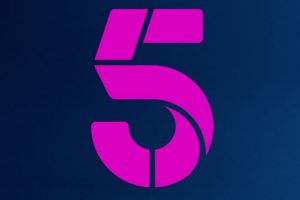 Channel 5 in the UK has commissioned a new three-part documentary series about the infamous murderer Jack the Ripper, from Vice Studios.

The 3 x 60-minute series, with the working title of Jack The Ripper: Hidden Victims will debunk the myths around the killer and see three experts – a historian, a forensic psychologist and an expert in policing methods – re-examine his five murders through a modern lens. The show will also place Jack’s victims at the heart of the show, exploring the lives and deaths of the women he murdered.

Yonni Usiskin, creative director at Vice Studios UK, commented: “Jack the Ripper may be an internationally infamous figure but the real victims have been relegated to a footnote in history. Vice’s documentary offers a new take on the Ripper myth, uncovering new revelations and retelling the familiar story in a new and contemporary way.”