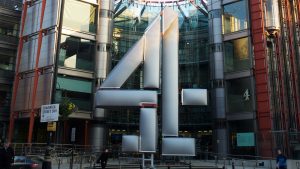 The prodco is behind shows across a wide range of genre, including arts & history, documentaries, features and fact ent and is led by creative director Siân Price.

Its slate includes The Wedding Guru (BBC), Charles: 50 Years A Prince (ITV), Going For Gold (CBBC) and C4’s Find It, Fix It, Flog It, which has been commissioned for a fourth series.

The Cardiff-based indie, part of the Rondo Media Group, has also been behind a range of one-off documentaries including Britain’s Favourite Detective for C4 and Abortion: Beyond The Backstreet for the BBC.

Caroline Murphy, who heads up the Channel 4 Indie Growth Fund, said: “Siân is an incredible talent driving Yeti forward and we’re really excited about what the future might hold for the company.

“Channel 4 is committed to generating more opportunities in the Nations and Regions and the Indie Growth Fund has a vital role to play by investing in ambitious indie production companies so they can develop and nurture talent across the UK.”

Price, who previously worked on shows for the BBC and Channel 4 including Coast, Time Team and The People Remember, said: “We’re thrilled to be the first Welsh indie receiving Growth Fund investment. I’ve always been passionate about making must-watch television with engaging characters and real take-out for the viewers. It’s fantastic that Channel 4 have recognised Yeti’s potential. With several projects in active development, we’re very excited to be growing our slate and team over the coming months.”

Murphy added: “This is the first Indie Growth Fund investment since the outbreak of the Covid-19 pandemic and we’re really keen to explore other investment opportunities.”