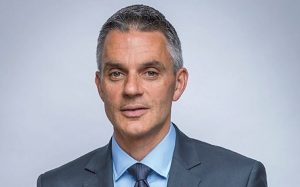 New BBC chief Tim Davie has said his former employer BBC Studios (BBCS) will play a vital role in the broadcaster’s future as it looks to compete with deep-pocketed global streamers and pointed to the potential of more OTT services being launched.

Davie, who left his role as CEO at BBCS earlier this month to head up its parent broadcaster, used the first major speech of his tenure to lay out a raft of plans designed to keep the broadcaster competitive against international rivals.

The former Pepsi marketer – who held the director general role on an interim basis in 2014 – said the broadcaster was “surrounded by global players with monster budgets” and argued it had to “pick our battles carefully and make sure we get the biggest bang for limited bucks.”

That means increasingly leveraging commercial arm BBCS to “secure the investment and partners to make the best programmes possible” on the international stage, he said, adding that more OTT services such as UK content-focused streamer BritBox could also be launched.

“Looking to the future, and at the success of initiatives like Britbox in the US, there are big opportunities to develop direct-to-consumer services in news, video and audio across the globe,” he said. His comments come as BBCS looks to roll out BritBox into Australia, with other markets potentially in the works.

“We need to keep building major partnerships with the likes of FX, Discovery, ITV and Tencent, so we grow as a global provider of services and premium content,” Davie said. “Also, we should be open to consider what other areas of the BBC could benefit from a Studios model in order to safeguard our supply of content and talent.”

He also ruled out supporting any moves to make the BBC a subscription service and confirmed plans to cut 900 jobs, news of which was previously announced in January and July.

The former Pepsi marketing chief also used his speech to outline his plans to improve diversity, with the BBC aiming to “reflect more accurately the society we serve.” He added: “That’s 50% women and 50% men, at least 20% Black, Asian and Minority Ethnic, and at least 12% Disabled. A modern 50/20/12 organisation. Alongside this, we will deliver plans to build our socioeconomic diversity, as well as ensuring we are truly inclusive for all LGBTQ+ employees.”

On the content front, Davie pointed to the success of recent shows such as blue chip factual series Blue Planet II and drama Normal People, adding that the BBC needed to refocus its approach on stand-out content rather than a cover-all-bases approach.

“The truth is that we have tried to cope with increasing competition by making more and spreading ourselves too thinly,” he said. Instead, Davie wants a BBC that is focused on “re-allocating funds to where they generate most value – to ensure that we make our output world-beating and utterly distinctive.”