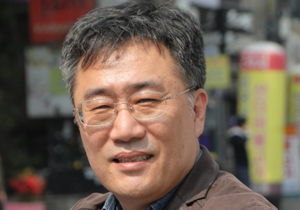 South Korean factual indie Buzz Media has rebranded itself as UniK Studios as part of an effort to drive more international co-productions.

UniK Studios is backed by Paan Media Holdings, which purports to be the first Korean indie to focus on international co-productions, beginning with Wild Weather With Richard Hammond in 2013 for UK pubcaster the BBC. It went on to launch Buzz Media in 2015.

Now rebranded as UniK Studios, the outfit is headed by Changsoo Lee, who, through Paan and Buzz, has worked on a range of projects, including Food Network and Blink Films’ co-production Korean Food Made Simple, Discovering Korean Food With Gizzi Erskine, co-produced by Channel 5 and Lion Television and the aforementioned Wild Weather With Richard Hammond, co-produced by BBC One and OSF.

Lee co-founded UniK Studios with KD Kim, a former assistant producer and journalist, who in 2015 launched a new mobile content-producing company and serves on the board of directors for Korean broadcaster KBS.

Cecillia Park, MD of UniK Studios, said that Korea is “very much open for business” when it comes to filming and collaborations and says that the company is actively looking for new partners and projects across the world.

“Our ambition is to build on our co-production experience to extend our global reach, whether independently or through international co-productions with other production companies, and whether in traditional or cross-format content,” said Park.

“There has never been a better time for factual producers to work together to create outstanding content – in fact I believe international collaboration is vital in the current climate,” added Lee.