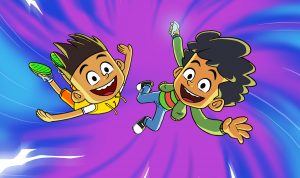 The Twisted Timeline Of Sammy & Raj

Nickelodeon International and Nickelodeon India are co-producing a new series, The Twisted Timeline Of Sammy & Raj, marking the first collaboration between the two brands.

The 20 x 30-minute 2D animated series, which is expected to launch on Nickelodeon International next year, follows a pair of cousins who get their hands on an app that can control time, allowing them to pause, rewind, fast-forward and slow-motion their way into a host of adventures.

Nickelodeon India, which is part of Viacom18, a joint venture between ViacomCBS and Network 18, is currently in production on the series, with animation and storyboards developing in India, scripting in progress in the US and UK and casting underway in the US.

Nina Hahn, SVP of international production & development at Nickelodeon International, said: “In the creative world, geographic borders have diminished, as more content is drawn by the hands of global artists from every corner of the world.

“The idea for this series was developed in collaboration with the team in India as we sought a way to fuse western and eastern story telling elements. Indian culture is very much a part of this series’ DNA, and we are eager to share those elements with our global audience.” 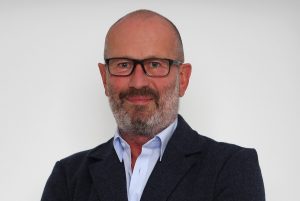 In his new role, Knödler will be responsible for the international licensing of the Studio 100 Group and reported directly to CEO Martin Krieger. He succeeds Gerd Russwurm in the position, who will retire at the end of 2020 after more than 24 years with the company.

Krieger said that Knödler “will help us grow and continue to meet and exceed the needs of our partners worldwide” and said: “Moreover, I look forward to working with him, and to the many new products and collaborations, it will bring under his management.”

Of Russwurm, he added: “It was not easy to find a successor. Gerd’s dedication and commitment, his experience in the industry and his personality have shaped our company and the brands: In December, an era will come to an end.” 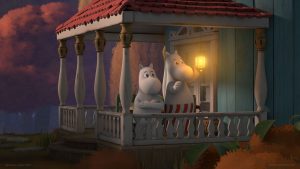 Gutsy Animations, the Finland-based studio behind the series Moominvalley, has added new investment partners following a recent financing round.

Among those taking a minority stake in the company is Moomin Characters Ltd Oy, the firm run by the family of original Moomins creator Tove Jansson. Bulls Holding AB, parent company of Bulls Press and Rights and Brands, and other private investors have also taken stakes.

The investment comes as the company seeks to broaden its slate into non-kids scripted live action and new 2D animated kids’ series.

Marika Makaroff, CEO and creative director at Gutsy Animations, said: “We are very grateful to have the support of our fantastic partners and visionary investors especially at a very exciting moment of growth, creativity and ambition for the company.” 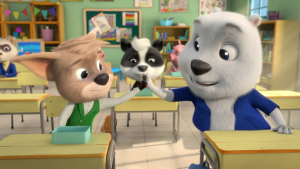 The 52 x 11-minute series, which is aimed at four-to-seven-year-olds, tells the story of a polar bear cub who is accidentally delivered by the stork to a frozen river in Ireland – and brought up by a pack of Irish wolfhounds.

The series is heading to Cartoonito UK in autumn, with more broadcast and distribution deals set to be announced in the coming weeks. A licensing programme is also underway, with the first licenesees due to be announced soon.

Paddles is the first offering from Futurum, a specialist producer of children’s and family media content targeting the global TV market. The company’s head of sales, Brendan Kelly, said: “The Korean market is one of the most important in Asia and it’s undoubtedly a coup for any European-made animated show to gain a major distribution deal in a market with such a high rate of high-quality home-grown production.” 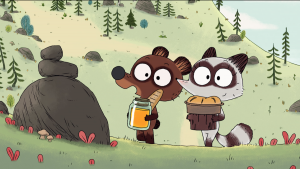 ‘Pompon’ paws his way around Europe

The series, which was commissioned by France Télévisions and produced by French animation company Supamonks Studio, follows the adventures of a playful little bear with an active imagination, based on the picture books by renowned French author and illustrator Benjamin Chaud.

The 39 x 7-minute series is being directed by Matthieu Gaillard and targeted at four-to-seven-year-olds.

We are thrilled that Pompon has ‘pawed’ his way to channels in Europe and we look forward to introducing him, his best friend Rita and their heaps of fun-filled adventures to many young audiences around the world”, commented Emmanuèle Pétry Sirvin, co-founder of Dandelooo. 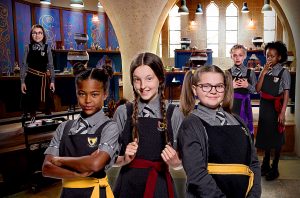 Broadcasters in the Philippines, Indonesia, Taiwan and Hong Kong have acquired a range of kids programming following deals with Germany’s ZDF Enterprises.

GMA, the Philippines’ national broadcaster, has acquired seasons one and two of Heirs Of the Night, as well as  renewing the license for seasons one to three of Mako Mermaids.

Indonesia’s FTA channel, PT. Net Mediatama has also bought seaons one and two of Heirs Of the Night along with season one of The Worst Witch.

Lexi And Lottie and Henrietta have both been sold to Good TV for Taiwan and the Philippines, while Hong Kong’s public broadcaster RTHK has acquired FTA rights for The Adventures Of The Young Marco Polo and Henrietta.

Peter Lang, VP of ZDFE.junior, ZDF Enterprises, commented: “I am delighted that our shows, much loved by young German audiences, will be entertaining children overseas.

“With our catalogue covering all ages and ranging from animation to action-packed adventure series, we look forward to securing more partnerships for children’s content in Asia.” 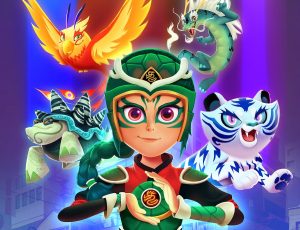 The 26 x 22-minute series follows an unlikely teenage hero who finds a high tech suit of armour and discovers she is the last in a long line of epic heroes. The series is now in full production at TeamTO’s Paris and Valence studios, with first episode planned for delivery in fall 2021.

TeamTO EP Corinne Kouper said: “We developed Jade Armor with passion and care for its original female lead’s point of view, led by our talented director, Chloe Miller. Chloe’s vision and passion for anime adds an original spin to this show, with nuanced and comical characters that bring a fresh voice to kids TV.” 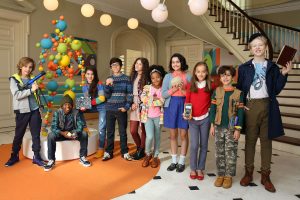 The series, which is being distributed by the Globo Group, will be known locally as L ‘École des Genies, and follows a group of clever kids from Brazil and the challenges and experiments they undertake at school.

This latest sale for Brainiacs follows multiple international broadcast deals, with the series now showing in 85 countries around the world.