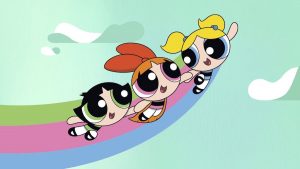 The CW Network is developing a live-action version of the animated series The Powerpuff Girls, with Juno writer Diablo Cody attached.

The original series, created by Craig McCracken, ran on Cartoon Network between 1998 and 2005 and followed a trio of toddler superheroes. However, this reboot, which is being spearheaded by Arrowverse honcho Greg Berlanti, will reimagine the girls as young adults who are now disillusioned that they lost the chance to have a normal childhood due to their years of fighting crime.

Cody is writing the script alongside Heather Regnier (Veronica Mars) and both are executive producing through Vita Vera Films, alongside Berlanti Productions’ Greg Berlanti, Sarah Schechter and David Madden.

The show is being produced by Warner Bros. Television. 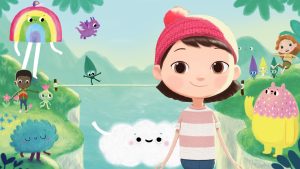 The deal has brought 24 x 7-minute episodes of the animated children’s series to the platform in both English and Spanish, with more Moonbug content set to arrive on HBO Max later this fall.

Mia’s Magic Playground follows Mia and her two best friends as they learn life lessons through their play time.  “Content plays a critical role in kids’ lives and parents continue to emphasise the need for premium programming like Mia’s Magic Playground to help children grow and learn,” said Andy Yeatman, head of the Americas at Moonbug.

Moonbug has also announced that it is partnering with California-based MGA Entertainment to create an animated series based upon the Little Tikes toy line, titled Let’s Go Cozy Coupe.

“We are thrilled to launch the iconic Cozy Coupe in the first-ever animated series,” said Anne Parducci, CCO at MGA Entertainment. “Along with the team at Moonbug, we have created compelling and fun stories that allow us to expand the world of Little Tikes Cozy Coupe like never before. We look forward to entertaining kids around the world.” 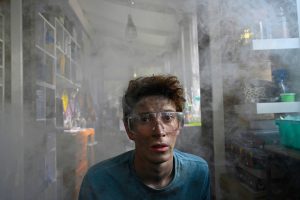 UK, US and Australia-based Komixx Entertainment has secured funding from Screen Australia to help produce a second season of its live-action children’s adventure series Itch.

Screen Australia is the Australian Federal Government agency that is charged with supporting Australian screen development, production and promotion.

Based on the book series by Simon Mayo, Itch follows a science-obsessed teenager who, in this new season, faces new challenges when an explosion rocks his hometown.

The first season is currently broadcasting on ABC Me and iView in Australia as well as BYU in the US and will soon air on other channels worldwide including the UK’s CBBC. The series is distributed by ABC Commercial.

Amanda Morrison, MD at Komixx Entertainment Australia, and the group’s head of global production, said: “We are delighted to have won this commitment from Screen Australia, which takes us closer to a second series of Itch.” 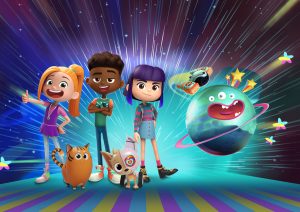 T&B and Flying Back partner for space adventure

Thailand-based T&B Media Global and Flying Back Productions, part of the Studio 100 Group, have announced that they will co-produce a new CGI animated series titled FriendZSpace.

Aimed at 5-9-year-olds, the series is described as an “off-the-wall” comedy that will explore “the joy of friendship in space”. It follows three youngsters who are dedicated to making friends with young aliens all around the universe.

Jwanwat Ahriyavraromp, founder and CEO at T&B Media Global, said: “Every new friend is a new window into a world totally unknown to us. It is my hope that FriendZSpace will show our young viewers how to connect with the wonderful tapestry of humanity that we share this planet with.”