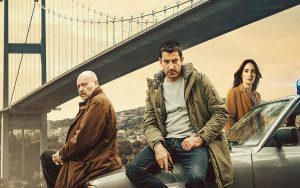 Produced by May Productions with co-financing by FX Turkey and BluTV, the eight-part series follows two detectives as they pursue a serial killer in Istanbul, uncovering a sinister cult and mysterious symbols along the way.

Izzet Pinto, founder and CEO of Global Agency, said: “Aleph is the first-ever collaboration between FX and BluTV and we are very happy to be partnering with them. It has been generating a large amount of press and fan attention in Turkey. We are very proud to represent such a stunning series.

Deniz Şaşmaz Oflaz, head of content & acquisitions at BluTV, added: “Aleph has become a passion project for BluTV and we believe its story will appeal to audiences around the world.” 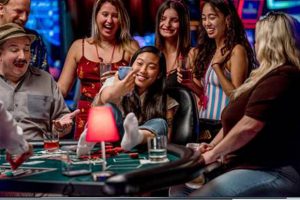 Awkwafina Is Nora From Queens

The UK’s BBC3 has picked up the Comedy Central series Awkwafina Is Nora From Queens following a deal with ViacomCBS International Studios.

The 10 x 25-minute scripted comedy series will be available exclusively in the UK on the BBC iPlayer streaming platform later this year.

It was created by and stars rapper Awkwafina (Crazy Rich Asians) as the titular Nora Linn as she navigates young adulthood and is based on Awkwafina’s real-life beginnings in Queens, New York.

Sue Deeks, head of BBC programme acquisition, said: “Awkwafina Is Nora From Queens is fresh, funny and very engaging – we are delighted that the series is joining BBC3’s strong and distinctive comedy line-up.” 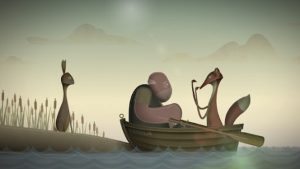 ViacomCBS-owned UK broadcaster Channel 5 has signed a deal with global streamer discover.film to bring short-form content to the My5 streaming platform.

The agreement marks the first time that short-form content has appeared on My5, with programming to be refreshed on a monthly basis, pulling from discover.film’s varied offerings which include movies, entertainment shows, comedies, drama and sci-fi.

My5, meanwhile, houses a wide range of third-party content alongside programming from across the Channel 5 portfolio, with existing partners including BLAZE, BET and PBS America.

“We’re always looking for ways to evolve My5 and increase the wealth of choice available to viewers,” said Oli Thomas, VP and digital lead at Channel 5. “We’re pleased to have struck this deal with discover.film, which brings a variety of short form movies and entertainment to My5. It’s perfect for viewers who want to watch high quality content in short bursts.”

Sarah Thomson, CEO & co-founder of discover.film, added: “The My5 partnership is an exciting new distribution partner, adding to our growing portfolio of global partners.”