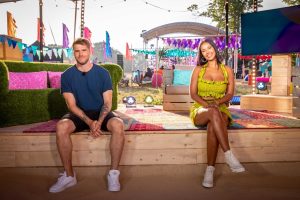 The UK’s ITV has commissioned its local prodco TwoFour to produce a three-part special for its ITV2 channel, bringing the V music festival to the screen.

Hosted by Maya Jama and Joel Dommett, the festival will feature a line-up including Anne Marie, Olly Murs and Dizzee Rascal.

Each hour-long episode will feature a mix of live music performances, a nostalgic look back at iconic V Festival sets and exclusive interviews between headliners and hosts, with performers, audience and crew adhering to strict social distancing guidelines.

Grime artist and DJ Big Zuu will meanwhile share his passion for food with the artists as he prepares festival-inspired dishes and the winner of Ru Paul’s Drag Race UK, The Vivienne, will joining the hosts as they look back at some of the festival’s most iconic fashion over the years.

Paul Mortimer, head of ITV’s digital channels, said: “V Festival is a huge part of the UK’s festival history and the ITV2 team are excited to play a part in bringing it back to the masses – for one year only. 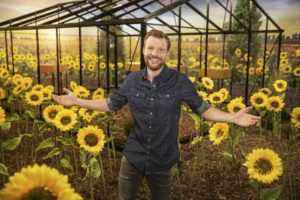 Belgium’s DPG Media-owned broadcaster VTM has commissioned a topical daily quiz that examines the news of the day – with a positive spin.

Each episode of The Positives sees three celebrity panellists go in search of the best news of the day. For four rounds in half an hour, they ignore all the “doom and gloom” in the world and demonstrate that every setback also has a positive side.

The format was developed by DPG Media’s in-house production unit PIT and introduced to the international market by Be-Entertainment.

Gepke Nederlof, MD of Be-Entertainment, said; “The Positives is the ideal mix of entertainment, humour and celeb power while delivering the news of the day. Now more than ever, who doesn’t want to bring good vibes on a small budget?”

FilmRise saddles up with Western channels

New York-based acquisition and distribution company FilmRise has launched several new streaming channels on its app service and on PlutoTV.

The Rifleman Channel will feature a non-stop marathon of The Rifleman, the Wild West series that ran from 1958-1963 starring Chuck Connors as a rancher who wields a customised Winchester rifle.

Both channels have been added to Pluto TV, while FilmRise’s new adventure-skewing Destination TV Channel has meanwhile been added to its app service. Its titles include Bear Gryll’s Survival School, Everest: Man Vs Mountain and Baz’s Extreme World. 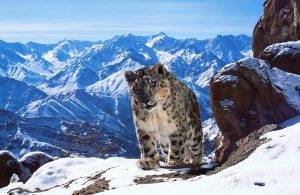 The UK’s BBC Studios has signed a deal with Russian telecoms provider Tricolor to see content from BBC Studios Natural History Unit and UK indies made available in 4K to TV audiences in Russia.

The acquired collection of series will include Planet Earth II and Blue Planet II as well as The Hunt, Shark and Spy In The Wild.

Salim Mukaddam, SVP for co-production and content sales markets, EMEA, at BBC Studios, commented: We are allowing audiences around the world to experience the beauty of our planet by taking them closer than ever before in glorious ultra-high definition. We are very proud our audiences for this incredible and genre defining content is growing around the world and will now also be available to Tricolor subscribers in Russia”.