Korea’s tvN commits to ‘Cash Back’ from CJENM & Bunim Murray 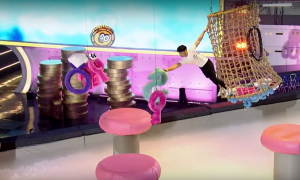 South Korean network tvN has ordered a full season of Cash Back, the gameshow format co-produced by the network’s parent CJENM and Banijay’s US-based Bunim/Murray Productions.

The studio-based physical format, which was piloted earlier this year on tvN, has been handed a six-episode run and is set to launch later this month. It is sold by CJ ENM in Asia, with Banijay Rights taking rest of world.

It has been co-developed by I Can See Your Voice creators CJ ENM and The Real World prodco BMP, and requires professional athletes to navigate an array of obstacles as they attempt to collect as many ‘moneymojis’ as possible to secure a cash prize.

The ‘moneymojis’ consist of objects of various shapes, sizes and weights that are difficult to move, requiring contestants to also consider how they can be safely collected.

BMP’s CEO and chairman Gil Goldschein said: “Cash Back is the ultimate game show – entertaining, visually comedic and above all, physically challenging. Leaving audiences wanting more, this is an innovative format that we’re in no doubt will continue to strike a chord locally and globally, when it goes to market.”

CJENM added: “We made a bold move creating a global-facing format that could have been unfamiliar to Korean viewers. But it is encouraging to see our efforts pay off.

“This is a positive sign for CJ ENM’s global efforts, and we will push forward developing global content through diverse collaborations.”