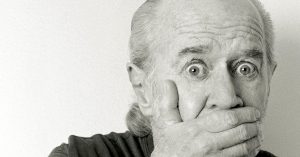 HBO Documentary Films is in production on a two-part documentary about prolific US comedian George Carlin, in association with Rise Films and Apatow Productions.

Carlin, who passed away in 2008, was a comedian, actor and social critic known for his irreverent dark comedy and reflections on US society. Once dubbed “the dean of counterculture comedians” he is regarded as one of the most influential stand-up comics of his time.

This new documentary will feature a mix of conversations with Carlin’s family and friends, alongside material from his stand-up specials, TV appearances and personal archive.

“George Carlin’s work becomes more relevant every day,” said Apatow. “It is an honour to be given the opportunity to tell the story of his life and work.”

“Having been the public keeper of my dad’s legacy these last 12 years, I’ve dreamt of the right people appearing at the right moment to give the documentary telling of my father’s story what it deserves – an honouring of his comedic genius and unique cultural impact, while not shying away from his personal struggles and humanity,” commented Carlin’s daughter, Kelly Carlin.