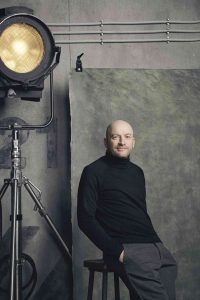 Lionsgate-owned Starzplay has unveiled its first slate of international originals with four shows from Spain and Mexico, which will be made available via the global streamer and other services owned by the US studio.

Express is a Spanish crime thriller exploring a kidnapping that will be produced by The Mediapro Studio and has been written by Ivan Escobar (Locked Up), who will also serve as showrunner. Laura Fdez. Espeso, Javier Mendez, Javier Pons and Escobar are executive producers from Mediapro Studio.

Nacho Vidal, An Industry XXXL explores the life of Spanish adult entertainment star Nacho Vidal and is being produced in collaboration with La Claqueta and Bambu Producciones, the firm behind shows including Netflix drama Fariña (aka Cocaine Coast).

Mexican shows include period drama Señorita Mexico (working title), which is set in the 1980s and explores the dark glamour of contestants training for the country’s national beauty pageant. It will be helmed by showrunner Lucia Puenzo and co-produced by Fremantle and Chilean production company Fabula. Fremantle will handle global distribution.

Finally, Toda La Sangre is a Spanish-language crime thriller based on the crime novels written by Mexican author Bernardo Esquinca, which tell the story of a crime journalist who is determined to solve a series of murders that resemble Aztec sacrifices and defy the laws of nature. 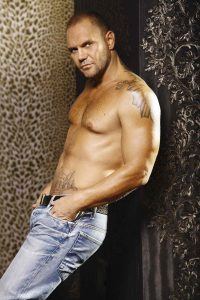 The series is co-produced by Fremantle Mexico with Spanish-language streamer Pantaya, the joint venture between Starzplay parent Lionsgate and Hemisphere Media Group. Spiral International produces, with the drama available on Starzplay in Latin America and Fremantle selling globally.

Other titles will be made available across Starzplay in Latin America, with a plan to debut select titles in Spain and in the US on cablenet Starz and Pantaya.

Superna Kalle, Starz EVP of international digital networks, said: “As Starz continues to expand its global presence through the Starzplay platform and international direct-to-consumer app, creating international originals through co-production opportunities is the next step in curating our offering for our subscriber base.

“Through our innovative producing partnerships and cooperation with our sister company Pantaya, we have the opportunity to create unique and defining series that will resonate with Spanish-language audiences worldwide.”

Starzplay was launched in 2018 and is available in 50 countries, offering shows such as Power from its US cable sibling Starz, as well as Hightown and P-Valley. It also houses acquisitions including The Great, Normal People and The Name Of The Rose.