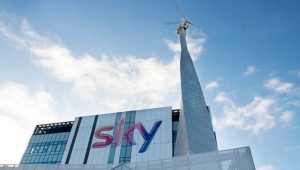 Sky managed to retain almost all of its customers through the coronavirus pandemic, but still suffered a 15% loss as a result of advertising and sports, Comcast has said.

The operator charted 23.7 million ‘customer relationships’ across Europe, down only 1% from the 23.9 million it had in Q1.

While Sky will be happy that it managed to keep customers at a time when purse strings are tightening, it will be less than pleased about the state of its total revenue which dropped by 15.5% to US$4.1 billion over three months. In particular, it suffered significant declines across advertising and content revenue streams, and as a result of letting customers pause their sports subscriptions amid the lockdown.

Advertising in particular took the biggest hit, dropping by 43% to US$321 million in Q2. This was attributed to overall market weakness “which was worsened by COVID-19, as well as the continued unfavourable impact of a legislation change related to gambling advertising.” The UK government has taken an increasingly tough stance against betting companies, many of whom are heavy advertisers across Sky’s sports broadcasting.

Content meanwhile dropped by 35.7% to US$234 million, which Sky said reflects lower revenue from sports programming as a result of postponement of most events.

Outside of these pure figures, Sky CEO Jeremy Darroch was largely positive when speaking on the company’s earnings call. He said: “COVID-19 has certainly posed near-term challenges to our business with the delay of sports, pressure on D2C sales and a tough macro environment for advertising. But the strategies we’ve implemented to manage through the crisis have proved incredibly successful. We worked with our customers, pausing subscriptions where it made the most sense, especially for those on sports products that tend to be sold separately. And this resulted in retention of 99% of our total customers and over 95% of our sports space as the loyalty throughout the quarter remained at record levels and viewership on Sky’s own branded channels was significant.

“Sky Cinema, Sky basic channels and Sky News increased 29% year-on-year, and we’re ahead of free-to-air and partner channels in Sky homes. And as sports returned to see, we’ve achieved some of the highest viewing levels we’ve seen in 10 years, especially in football.”

He added that the company’s premium set top box product Sky Q is now in “close to 50% of customers’ homes” – up by more than 10% over Q2 2019 and touted a successful launch of Sky Broadband in Italy.

The CEO said that the Sky TV business in the UK “remains very healthy” and that Now TV “is well set to continue to deliver strong growth by adding new Pay TV customers as well as increasingly upselling more content tiers to our existing base.”

Darroch concluded that “Sky is well positioned, and we’re looking forward to executing on the opportunity we have before us.”

One of the key priorities of Comcast over the quarter has been the rollout of its streaming service Peacock, which launched earlier this month following a closed beta for Xfinity pay TV customers in April.

Thankfully for the operator, this focus seems to have paid off with Comcast announcing that it had already hit 10 million sign-ups to the service.

Comcast CEO Brian Roberts said that the platform had “exceeded our high expectations” and that this, combined with its 1/3 ownership of Hulu makes him “so excited about where we are headed” in regards to its D2C business.

NBCUniversal CEO Jeff Shell – who was appointed to the position in January – added: “Not only are more people signing up than we projected, but they are watching more frequently and engaging much longer than we projected. The technology has worked seamlessly, and the service is improving on a daily basis. With much of our strong programming coming in January, including the exclusive rights to The Office, we feel very encouraged. So I obviously didn’t expect my first six months on the job to be anything like this, with basically the whole company working from home and large parts of our business not operating.”

It is worth noting however that this is not necessarily 10 million paying subscribers to the service. Most Peacock users in the quarter will have been accessing the service for no extra cost through their set top box, while there is also a free ad-supported tier available to customers in the US. This is unlike HBO Max, which was announced as having 4 million subscribers by parent company WarnerMedia, which is a premium streamer available to certain existing HBO subscribers or paying customers and has no free option.

It is expected that Peacock will begin to break-even by the end of 2024 at which point it will have a projected 30-35 million subscribers.

NBCUniversal, which houses Peacock, saw revenue down by 25% to US$6.1 billion, while the films division dropped by 18% to US$1.2 billion – likely as a result of delays to blockbuster movies such as F9.