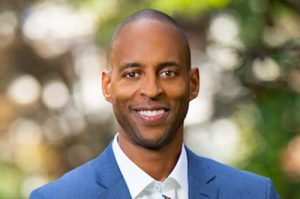 Davis will focus on expanding the factual entertainment brand around the world and increasing subscriber numbers, which currently stand at 13 million. He will work closely with Bob Gold, SVP of distribution, who will oversee ongoing commercial partnerships and relations.

The former A+E UK exec will work across all global markets and platforms, and reports into CuriosityStream chief revenue officer and EVP of strategy, business development & partnerships Bill Goodwyn.

Prior to that, he was VP of commercial operations at A+E Networks UK, based out of London. He oversaw the organisation’s commercial functions including channel distribution, ad sales, business development and trade marketing, working on brands such as History and Lifetime in the UK, Ireland, Central and Eastern Europe, the Nordics, Benelux, Iceland, Greece and Africa.

David has also had stints as VP of content distribution at Viacom Media Networks in New York, responsible for growing distribution of the company’s portfolio of 24 cable networks such as MTV and Nickelodeon.

“Bakori’s new role signals our commitment to growing the reach of CuriosityStream’s trademark factual entertainment to regions around the world,” said Goodwyn.

“He has a stellar track record of working with global partners to create value for their platforms, viewers, customers and stakeholders. This, coupled with Bakori’s deep experience in building both teams and strategic relationships, will help us accelerate our expansion into key markets.”