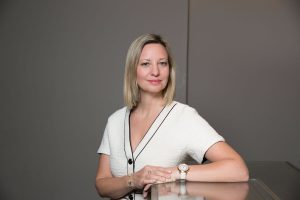 American-born French performer Baker was the first black woman to star in a major motion picture following her appearance in the 1927 film Siren Of The Tropics.

Her son, Jean-Claude Bouillon Baker, has come aboard as a consulting partner, and StudioCanal says negotiations are underway with “leading firms” to attach additional international partners to the project.

Marco Cherqui at CPB Films and Jérôme Vignac at Leyland Films commented: “We are delighted to be working with StudioCanal and Jean-Claude Bouillon Baker on this fascinating project. We plan to produce an ambitious and creatively inspiring TV series which will tell the captivating story of a true African-American icon.”

Anna Marsh, CEO of StudioCanal, added: “Josephine Baker was a ground-breaking pioneer of her time and her multi-faceted, brilliant life story will have strong appeal to audiences both young and old around the world.

“We are confident that personal insights from family members, combined with exceptional producers and StudioCanal’s expertise in exporting high-end content will mean this series is destined for global success.”