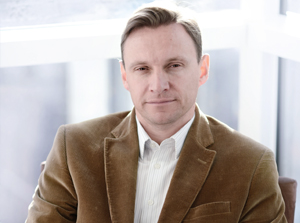 Zygi Kamasa, the CEO of Lionsgate’s UK and European TV & film operations, is stepping down to work on a new business.

Kamasa has headed up the US company’s operations in the UK since 2005, when Lionsgate acquired his former company Redbus Film Distributors.

Since then, Lionsgate has invested, produced and distributed more than 350 films, with Kamasa also overseeing a move into TV production with shows including BBC comedy Motherland.

His remit will be overseen by Nicola Pearcey, Lionsgate’s UK and European president.

Kamasa said: “I’ve had an amazing tenure growing the UK business from the foundations of my own indie film distributor, Redbus, into a world-class platform overseeing franchises such as The Hunger Games, executive producing over 30 local British films and expanding into UK TV production with shows like BBC’s Motherland and The Goes Wrong Show.”

Details of his next move are scant but the exec said he was moving “on to
to my next exciting entrepreneurial opportunity” with details to be revealed in the coming months. “I leave our UK business in great shape and in very capable hands with Nicola Pearcey taking over my day to day role,” he added.

“He has played an important role in moving our global content platform forward over the past 15 years in the UK & Europe, and we wish him the very best in his future endeavours.”