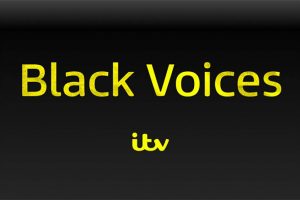 UK broadcaster ITV is to launch a series of short films that will offer black people a platform on which to share stories of racism and their vision of how they believe things should change.

The Black Voices initiative aims to “promote understanding and discussion around a cause of profound importance, in order to contribute towards inspiring long-term change.”

The initiative was devised by ITV Creative and will run across ITV and STV’s promotional airtime and social feeds, as well as a dedicated website.

Among those participating in the the 60-second text and audio-based short films are British politicians Helen Grant and David Lammy, the founder of Operation Black Vote Lord Simon Woolley, journalist Charlene White and actor Jay Kontzle.

The initiative follows ITV’s announced diversity acceleration plan last week, in which it set out steps to create more opportunities for those from black, Asian, minority ethnic and other underrepresented groups at the company.

Rufus Radcliffe, board sponsor for ITV Embrace and CMO and director of direct-to-consumer at ITV, said: “At ITV, we have been reflecting on our role in creating a more socially conscious and fairer society. We have a platform to speak to millions of people every day, and we feel it’s important to allow others a chance to speak.

“Black Voices are intended to shed light on what some black people have had to endure over the years, and still endure even today, in the hope that we can accelerate change in diversity and inclusion.”