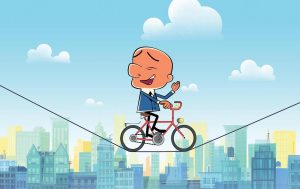 Nickelodeon has made global deals with French animation studio Xilam Animation for two of its properties – Athleticus and Mr Magoo.

The ViacomCBS-owned broadcaster has taken exclusive pay-TV rights to two seasons of short-form CGI series Athleticus covering Asia Pacific, EMEA and Latin America. It has also acquired all TV rights for the show in Benelux, Italy, Vietnam, Philippines and Argentina.

Additionally, Nickelodeon has secured exclusive pay-TV rights for the comedy series Mr Magoo in the UK, where the series launches on Nicktoons this week.

“We’re very excited to be building upon our successful partnership with Nickelodeon and to see the broadcaster become home to two further shows from our slate,” said Morgann Favennec, EVP Distribution at Xilam Animation.

“With its charming characters and humorous stories, we know families all over the globe are going to love watching Athleticus and following the fantastic response to Mr Magoo in the UK, we’re very much looking forward to bringing the series’ hilarious hijinks to new audiences.” 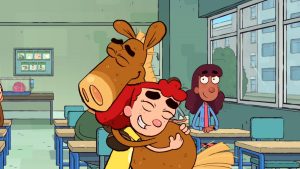 Nickelodeon has greenlit a 20-episode second season of It’s Pony to premiere next year.

The comedic animated series tells the story of Annie and her best friend – a carefree and impulsive pony.

“The overwhelming reaction to the first season of It’s Pony has been phenomenal, and fans have been champing at the bit for a second season,” said Nina Hahn, SVP of development and production at Nickelodeon. “We are thrilled to greenlight season two of a show where no matter what happens, everything is better when Annie and Pony are together.” 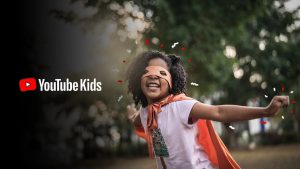 YouTube Kids launched in the US in 2015, aimed at kids under 13, with a range of content channels and creators. Freesat customers will be able to access content covering arts and crafts, sports, music and educational videos across a variety of subjects, plus cartoons and nursery rhymes.

The app includes parental settings to enable them to guide children’s viewing by handpicking channels for them. Parents who are logged in to their account on YouTube Kids are also able to block certain videos or channels.