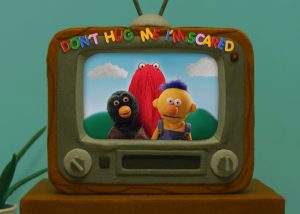 Twelve new productions for young audiences have been commissioned in the UK thanks to the British Film Institute (BFI)-funded Young Audiences Content Fund (YACF).

The BFI confirmed its has awarded a total of £11,520,428 production funding to 18 projects – with details of two projects yet to be announced – in the first year (April 2019-April 2020), though funding figures for the second year have yet to be released.

The fund contributes up to 50% of the production costs for projects that have secured a broadcast commitment from a free-to-access, Ofcom-regulated service with significant UK-wide audience reach.

On the new slate are comedy puppet series Don’t Hug Me I’m Scared, produced by Blink Industries for Channel 4, MakeAway TakeAway, by Dot to Dot for CITV and Winnie & Wilbur by Winduna for Milkshake! The slate also includes two quick turnaround projects for E4, one of which Letters In Lockdown, aired last month.

Jackie Edwards, head of the YACF at the BFI, said: “We’re proud of the range of projects we’ve been able to support within our production slate, nurturing stories and concepts we feel will enrich television for young audiences.

“Throughout the first year, we have been overwhelmed by the quality of the production applications that have secured a broadcast commission and I’m hugely excited about the exciting new UK talent we have been able to support.” 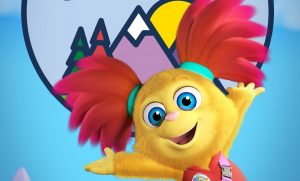 Raydar Media is currently pitching the show to global broadcasters, with Alpha Group handing distribution in China and Asia.

The 52 x 11-minute series, currently in pre-production will inspire children to connect with the outdoors, by following the adventures of the eco-focused Furlies, who tackle challenges ranging from rock-climbing to treetop-trekking.

Executive producer Isaac Lin, head of global content and brands at Alpha Group said: “Our aim is to engage pre-school kids worldwide through vivid animation; to spark their curiosity and imagination around nature; to nurture a playful connection to the amazing, natural world from a young age which may have a more serious, positive change-making impact for this generation’s future.”

The news follows last year’s announcement that Channel 5 planned to double its content investment in children’s programming block Milkshake!, taking production from 160 to over 300 individual episodes overall, resulting in 50 new UK originated hours per year from 2021.

In addition, as reported above, Channel 5 has also commissioned Circle Square, Milo, Winnie & Wilbur and The World According To Grandpa with support from the BFI Young Audiences Production Content Fund (YACF).

“Today’s commissions and acquisition are the latest examples of our increasingly varied and exciting line up of UK originated content that also feature more kids on screen for viewers to see themselves reflected back, said Bucknole. “Ranging from live action to animation and even mixed genre hybrids, our upcoming programming slate will continue to drive Milkshake! as the number one pre-school brand.”