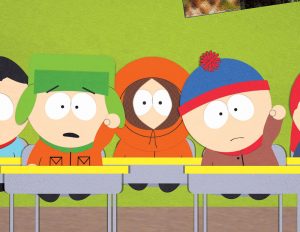 ViacomCBS has agreed a distribution deal with Sky in the UK to place its pay TV brands on the Sky Store.

This deal will see programming from MTV, Comedy Central and Nickelodeon purchasable by viewers on Sky Store and on Now TV.

In particular, ViacomCBS said that some of its “most popular titles” will be available.

These include all 23 seasons of Comedy Central’s South Park, the latest seasons of MTV’s flagship titles Ex On The Beach, Celebrity Ex on the Beach, Geordie Shore and The Hills: New Beginnings, along with Nickelodeon favourites PAW Patrol, SpongeBob SquarePants, Dora the Explorer and The Adventures of Paddington.

Dan Fahy, VP, Commercial and Content Distribution at ViacomCBS Networks UK said: “UK households continue to show a very healthy appetite to own digital content and ViacomCBS’s franchises are consistently top-sellers. We’re constantly expanding consumer access points to our brands and content, and the launch of our Nickelodeon, MTV and Comedy Central franchises on Sky Store is an important new path for consumers.”

This announcement serves as a precursor to the launch of the as-yet unnamed ViacomCBS ‘super service’ streamer that is set to launch in 2021. CEO Bob Bakish has said that it will be a relaunch of CBS All Access, with the existing streamer’s 15,000 hours of content to be complemented by 15,000 hours of new Viacom and CBS programming.