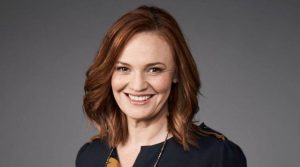 The ABC in Australia is slashing its workforce by 250 people, closing its digital service ABC Life and cutting indie commissioning by A$5m ($3.5m) a year, with a senior content exec among those departing.

The Aussie pubcaster’s MD David Anderson revealed the new strategy in its five-year plan, which is designed to save more than A$40m ($27m) each from its budget, starting from 2021.

More than 50 jobs will go in entertainment and specialist divisions according to local reports, with original content being commissioned only for primetime slots and across 42 weeks rather than 48 weeks at present.

The changes will also see ABC Comedy rebranded and expanded to include arts, education, science and religious programming, while A$5m is to be cut from production commissions, with factual and entertainment hardest hit. Drama dn kids shows will be prioritised.

As a result, entertainment and factual chief Josie Mason-Campbell is departing according to local trade title Inside Film, with her remit being taken up by specialist chief Aidan Laverty and scripted chief Sally Riley.

The latter is now in charge of drama, entertainment and indigenous programming while Laverty becomes head of factual and education.

Elsewhere, around 70 jobs are reportedly being cut from news, travel budgets are being cut by 25% and digital lifestyle service ABC Life is to be axed and rebranded as ABC Local, using the ABC’s content and regional output.

“The proposals announced today ensure the ABC can enhance its value to all Australians now and into the future,” said Anderson, who replaced Michelle Guthrie in 2018, when a budget freeze was introduced that still remains in place.

“However, we anticipate we will farewell as many as 250 people through this process, valued colleagues who have made tremendous contributions to the ABC and to our audiences.

“This is a difficult time for us, as it is for the broader economy and community as we all struggle with the events of this year.”