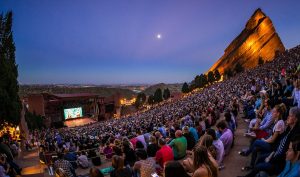 SeriesFest has revealed new additions to its previously announced line-up ahead of the launch of its sixth annual international television festival tomorrow.

Moving online due to the Covid-19 pandemic, the festival will be streaming screenings, panel discussion and workshops from 18-24 June.

New to this year’s roster of special network events is a screening of Apple TV+’s Ghostwriter, followed by a conversation with director Luke Matheny and Sesame Workshop’s SVP of creative development Kay Wilson Stallings.

There will also be screenings of hybrid drama Silent Rose, followed by a chat with director Mitch Dickman; Heredia Vision: The Quarantine Collection and anthology comedy series Hot Spot. 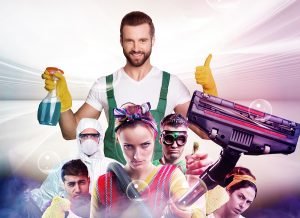 Joint Stock Company has acquired the rights to the Cleaning Masters format, following a deal with Turkish distributors Global Agency.

Created by Turkey’s Talya Productions, the producers of Wardrobe Wars and Stylish Plus, the show will air on UTV in Russia.

The daytime show format sees contestants battle it out to clean up a dirty home with the aim of winning a big prize by doing the best job.

Cleaning Masters has been optioned in the US, France, Spain, Greece and Germany and 200 episodes have been aired in Turkey. 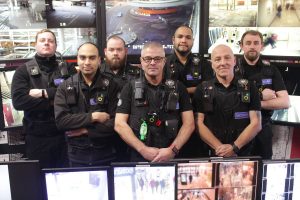 Shoplifters: At War With The Law

Among the series are the recently announced 6 x 60-minute series Shoplifters: At War With The Law and the 6 x 60-minute A&E: After Dark, both of which were produced by Crackit for Channel 5 in the UK.

Shoplifters: At War With The Law focuses on the work of those trying to prevent thefts as well as the sophisticated methods employed by thieves to evade capture.

Meanwhile, A&E: After Dark provides viewers with exclusive access to the Hull Royal Infirmary in the north of England, revealing the challenges facing staff on night shifts – from traffic accidents to drunken mishaps.

Other titles in the package include two 6 x 60-minute series of true crime show Britain’s Deadliest Kids and a wide range of soon-to-be-announced factual series and specials for UK broadcasters.

Mette Kanne-Behrendsen, NENT Studios UK’s SVP acquisitions commented: “We are genuinely excited to be working with Crackit Productions and taking its newest content out into the international marketplace.”