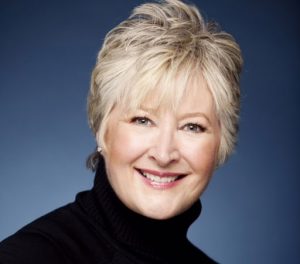 Margaret Loesch, the founding president and former CEO of Fox Kids Networks Worldwide, becomes executive chairman of Kartoon Channel!, which will be available in over 100 million US television households and 200 million mobile devices from 15 June.

Neuman oversaw shows including The Wonderful World Of Disney, Boy Meets World sitcom Home Improvement as president of Walt Disney Television and Touchstone Television, and before that was VP of comedy at NBC, working on shows such as Cheers.

Kartoon Channel! is aimed at kids aged 2-11 and has been created after Genius Brands combined its digital channels Kid Genius Cartoon Channel and Baby Genius TV. The yet-to-launch service will provide access to more than 4,000 episodes of children’s shows, including content from Genius Brands’ programming catalogue and from creators around the world.

Andy Heyward, CEO of Genius Brands, said Loesch and Neuman’s “collective knowledge and relationships with the advertiser community, the creative community, and the distribution community in kid’s broadcasting is at the pinnacle of the field.

“Having Margaret and David leading Kartoon Channel!, along with general manager Caroline Tyre and director of content and acquisitions Mark Shoeman, is going to be a tremendous jump start to creating viewership and market share, advertiser demand, and attracting the most powerful creative content and marketing in the field.”

Heyward added: “There is a huge appetite for quality children’s content that is family-friendly and safe. No less important, is having it available for free and with no subscription fees will be compelling now to more and more parents who are looking to provide quality children’s entertainment options for their kids.

“It will be equally important to advertisers, who are increasingly finding fewer channels to reach viewers, in a universe dominated by pay services such as Netflix and Disney+. Kartoon Channel! will be like a ‘Netflix for kids, except it is free.”