Netflix is linking up with Big Little Lies producer David E. Kelley and House Of Cards‘ Melissa James Gibson on an adaptation of best-selling novel Anatomy Of A Scandal.

The global streamer has handed out a six-episode order for an anthology drama based on the book, which was written by Sarah Vaughan and first published by Simon & Schuster in 2017. It follows the story of a UK government minister who is accused of rape. 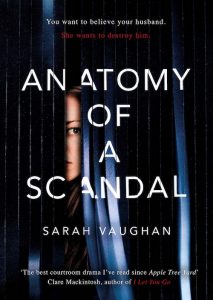 Kelley and Gibson are attached as writers, exec producer and showrunners on the first season of the drama, which Netflix said will be filmed in the UK. The streamer said the show would be “an insightful and suspenseful series about a sexual consent scandal amongst British privileged elite and the women caught up in its wake.”

The first season will be directed by S.J. Clarkson (Jessica Jones), who will also exec produce alongside Liza Chasin (Baby Driver) and Bruna Papandrea (Gone Girl).

The latter’s prodco Made Up Stories will produce with Chasin’s 3Dot Productions, and Vaughan and Margaret Chernin are among co-executive producers.

It is the latest addition for prolific producer Kelley, who is also behind The Big Sky for ABC, Disney+ dramedy Big Shots and Nicole Kidman-starring series The Undoing for HBO.

Tags: 3Dot Productions, Made Up Stories