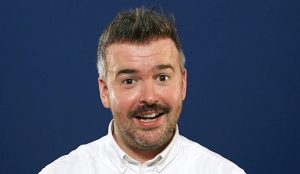 MTV Cribs: Footballers Stay Home is from Otro Studios and will explore footballers’ daily routines including how they are keeping fit, what’s hidden in their fridge and amusing pastimes during the Covid-19 pandemic.

Production is underway with the footballers filming themselves, guided by a remote production team working from home. The series is set to air 1 June across MTV’s network of international channels and digital platforms, spanning 180 countries.

Due to filming constraints, Otro Studios devised a high spec iphone attached to the handheld camera rig, allowing the production team to see what the camera sees, in real time, via video conferencing.

Players are also hooked up via audio output from the iphone to the producer, who guides them around their house as if they were in their homes with them.

Craig Orr, VP of commissioning and development at MTV International, said: “MTV Cribs remains one of the most iconic shows in MTV’s history and whilst fans are home missing sports and seeking fitness ideas, we’ve asked some of our footie favourites to shed light on their stay-at-home routines.”

Claire McArdle, MD at Otro, said: “Our production team has already done an extraordinary job negotiating the technical challenges of the current situation and we’re looking forward to delivering more unique insights into the homelives of football stars around the world.”