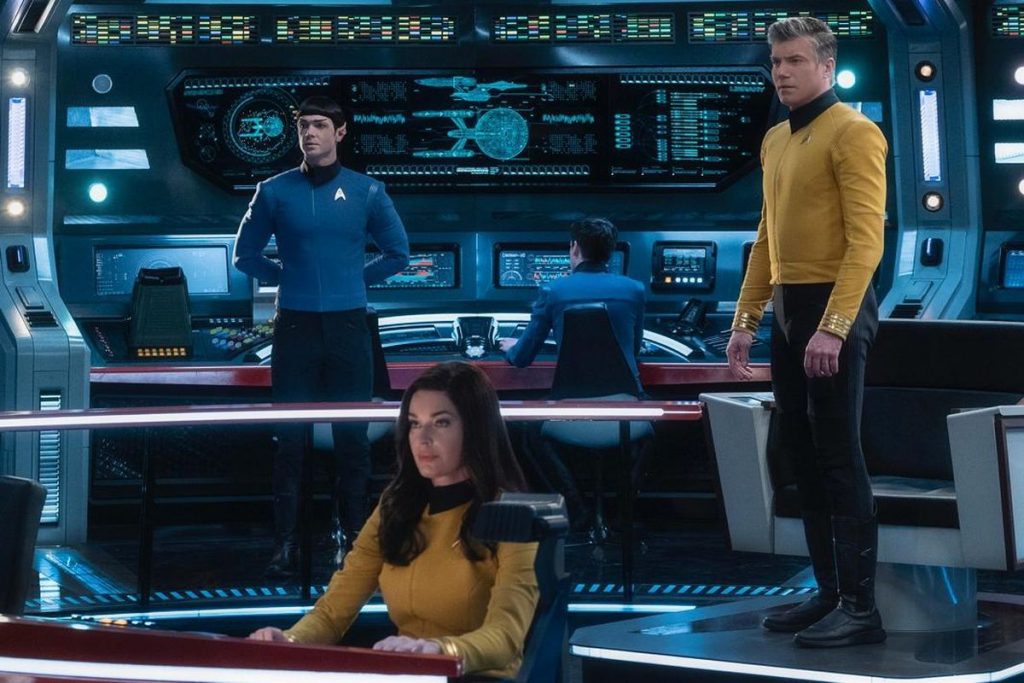 The series will be produced by CBS Television Studios, Secret Hideout and Roddenberry Entertainment and distributed by ViacomCBS Global Distribution Group.

The premiere has been written by Akiva Goldsman (Star Trek: Picard) and the story by Goldsman, Alex Kurtzman and Jenny Lumet. They will also serve as executive producers, alongside Henry Alonso Myers, Heather Kadin, Rod Roddenberry and Trevor Roth, while Aaron Baiers, Akela Cooper and Davy Perez are co-executive producers.

The new show will star Anson Mount, Ethan Peck and Rebecca Romijn, reprising their roles as Captain Pike, Mr Spock and Number One, following their appearances in the second season of Star Trek: Discovery. The characters were originated in the 1960s, initially portrayed by Jeffrey Hunter, Leonard Nimoy and Majel-Barrett Roddenberry (wife of franchise creator Gene Roddenberry).

The series will follow the adventures of the iconic starship USS Enterprise in the decade before it was commanded by Captain Kirk, the hero of the original Star Trek series.

“Fans fell in love with Anson Mount, Rebecca Romijn and Ethan Peck’s portrayals of these iconic characters when they were first introduced on Star Trek: Discovery last season,” said Julie McNamara, EVP and head of programming at CBS All Access. “This new series will be a perfect complement to the franchise, bringing a whole new perspective and series of adventures to Star Trek.”

The Star Trek franchise is expanding at warp speed at the moment, with Star Trek: Discovery launching in 2017 and Star Trek: Picard earlier this year. Another spin-off to Star Trek: Discovery has already been reported to be in the works, with Michelle Yeoh reprising her role from the series in an as-yet-unnamed show, alongside the animated Star Trek: Lower Decks in development by Mike McMahan (Rick & Morty) and another animated series aimed at youngsters headed to Nickelodeon.