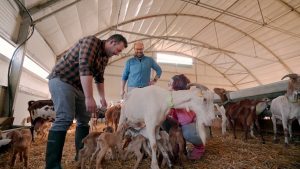 The series tours Spain and meets people who have chosen to live in the most remote and sparsely-inhabited parts of the country – including a cheesemaker in La Rioja, agents from the Alicante Civil Guard and the mayor of a small town in Almería.

DLO was set up in 2011 and became one of the fastest-growing audiovisual production companies in Spain. It joined the Banijay Group in 2013 and merged with the group’s Magnolia in 2017 to form DLO/Magnolia.

The company is known for its factual content, such as La Vida Secreta de los Niños and standout scripted hits like psychological thriller La Caza. Monteperdido, as well as comedies including Señor Dame Paciencia.

Based out of France, Dimitriadi will oversee the French territory, as well as Belgium, Greece, Cyprus, Turkey and CEE, and will report directly to Vivian Reinoso, head of worldwide acquisition, distribution and new projects engagement.

Before joining J2911, Dimitriadi spent 13 years purchasing foreign programmes for all genres for Star Channel in Greece, where she had the responsibility to negotiate and secure output, volume or stand-alone deals from different content providers around the world. 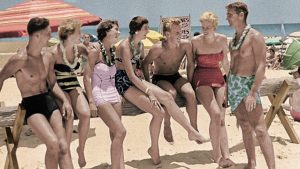 Australian broadcaster SBS has commissioned a second season of Australia in Colour, a collaboration between Arrow Media and Oz-based Stranger Than Fiction Films.

Part of Arrow’s In Colour brand, the 4 x 60-minute season two of the factual series will continue its visual history of Australia, exploring how the family dynamic changed midway through the 20th Century and what fuelled the country’s emerging appetite for sport.

Jo-anne McGowan, producer for Stranger Than Fiction, said: “We are delighted by the popularity of series one and can’t wait to uncover more hidden gems from Australia’s amazing audio visual archives and bring them alive through colourisation once more.”

Australia in Colour is the third iteration of the In Colour brand.  Arrow Media has produced three series of America in Color for Smithsonian Channel, as well as Britain in Colour also broadcast by Smithsonian. The brand is distributed globally by Off the Fence. 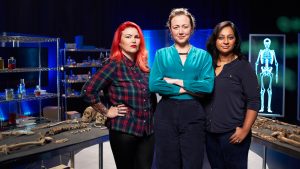 Broadcasters across Europe, Australasia, North America, Russia and Asia have picked up more than 120 hours of factual content following a bevy of deals with UK-based distributor DCD Rights.

Among the series sold is Zinc Media-owned Tern TV’s new 8 x 60-minute series The Bone Detectives, which has sold to UR: Swedish Educational Broadcasting Company, Foxtel for Australia and New Zealand, and TVO and Knowledge Network in Canada.

Meanwhile, six hours of The Black Files Declassified from Espiritus Productions and Spark TV have sold to ProSiebenSat.1 in Germany, Prima Group in the Czech Republic and Foxtel for Australia and New Zealand.

The 3 x 60-minute The Blitz: Britain On Fire, from Windfall Films, will air on Histoire TV for France and French speaking Europe and Africa, SBS Australia, Foxtel for Australia and New Zealand, TVO in Canada and Prima Group in the Czech Republic.

One hour special, Saving The Dinosaur Fish, from Atomized Studios, has sold to Axess TV Sweden, YLE Finland, and Prima Group in the Czech Republic.

Nicky Davies Williams, CEO at DCD Rights, commented, “Factual series with high production and entertainment values are very much in demand right now.  We’re delighted that these extremely strong examples of the factual genre have been acquired for global audiences.”