Lockdown might be the new normal for large swathes of the world’s population but its myriad effects on content-skewing companies – and their bottom lines – remain tough to pin down. Things are becoming clearer however, as quarterly results, viewing figures and strategy tweaks come into plainer view. Here are five key figures from the past week that throw some light on the subject.

4% – the cost of cancelling Love Island

The UK’s ITV cancelled its ratings juggernaut Love Island earlier today and the impact was almost instantaneous, with shares down 4% by the end of the day.

The company’s director of TV Kevin Lygo admitted last week that the return of the hit UK reality show was unlikely to go ahead because of problems maintaining social distancing and the commercial broadcaster confirmed the decision this morning.

Lygo had already said that the decision would have “a big commercial impact” on the broadcaster, which has been hit hard by the advertising slump caused by Covid-19. Love Island has become a key fixture for ITV – its 2019 summer version raked in almost £80m ($99m).

“We have tried every which way to make Love Island this summer but logistically it’s just not possible to produce it in a way that safeguards the well-being of everyone involved and that for us is the priority,” Lygo said. It sent shares to just above 71p (88c) apiece, down from £1.50 at the start of the year.

While the grey clouds had been gathering over Love Island for some weeks, market watchers will now be looking to see how the broadcaster’s other hit shows might fare. The future of fellow ITV reality format I’m A Celebrity… Get Me Out Of Here!, which airs in winter, is also unclear but Lygo said it was proceeding “in the normal way” at present. 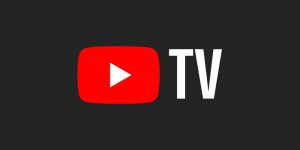 YouTube saw its advertising revenues rise by a third year-on-year in the first quarter despite a slowdown caused by the Coronavirus crisis that began to eat into growth in the second half of March.

Google-owner Alphabet said last week that YouTube ad revenue for the quarter was $4bn, up 33% on the same three months in 2019. That beat analyst expectations and CFO Ruth Porat said that the AVOD service’s revenue growth “persisted until late in the first quarter”, driven by the continued strength of direct response advertising.

However, brand advertising “began to experience a headwind” in mid-March, she said, adding that it was “premature to gauge” the impact of Covid-19 on the service’s ad revenue for the second quarter, given the “uncertainty in the environment”. YouTube had seen “continued decline in brand advertising” post-March, she added.

Porat said that the decline in YouTube advertising had been “more muted” in the APAC region, but that the video platform had seen a “steep fall-off in March” in the EMEA region following a slowdown in February. In the Americas, the fall-off was also evident in March, she said. 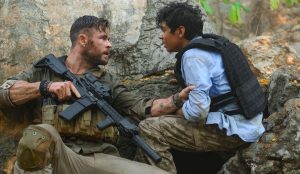 Throughout the pandemic, Netflix has tended to become cited as the company most likely to benefit from locked down viewers.

Chris Hemsworth-starring Extraction looks likely to build on that reputation, with the big budget gamble on course to be the streamer’s most-watched original movie ever.

In a statement on Twitter, the SVOD announced that the film “is well on its way to becoming the biggest-ever film premiere on Netflix – with a projected 90 million households getting in on the action in the first 4 weeks.” Hemsworth took to Instagram to show his appreciation of the movie’s viewers, saying: “I just want to say a massive thank you to everyone that checked out Extraction. You’ve made it the number 1 film on the planet right now.”

The $65m film was originally made available to viewers on 24 April and is set to exceed the four-week total of 73 million viewers for Jennifer Aniston and Adam Sandler comedy Murder Mystery. Don’t forget though that Netflix counts a view as someone watching a minimum of just two minutes – making any comparison to traditional box office figures almost impossible. 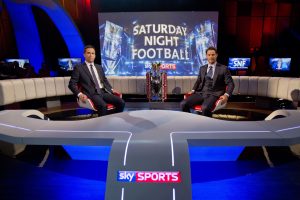 The cancellation of major sporting events has put a huge dent in pay TV company’s coffers around the world and Sky’s Q1 results bore that out.

Sky had 23.9 million customers at the end of the quarter, with customer relationships down 65,000 over the period – compared with 112,000 additions for the same time last year. The pay TV operator’s revenues were also down, with a 5.8% decline to $4.5bn.

Parent company Comcast said that the results reflected lower direct-to-consumer revenue, which was down 1.9% to $3.7bn, while a slide in ad revenue (down 11.6% to $513m) was blamed on overall market weakness, worsened by the crisis.

Speaking to analysts, Comcast CFO Mike Cavanagh added: “Given the significant revenue associated with Sky Sports and the fact that sports packages are sold separately, the complete shutdown of sports presents a unique risk of customer attrition, if unaddressed.” Cavanagh added that he expected Sky’s EBITDA to decline by about 60% in Q2 and Q3. 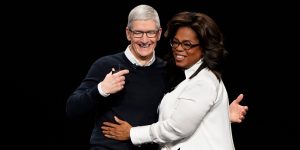 Apple’s services business reached record revenues of $13bn in the second quarter of the year – made up of cash generated from the likes of Apple Music, Apple Arcade and iCloud, along with fledgling SVOD Apple TV+.

Against the backdrop of a slowdown in hardware sales, the company’s services segment saw year-over-year growth of almost $2bn, helped by Apple TV but also its game subscription service Apple Arcade.

There were no explicit user numbers to buoy confidence but during the company’s earnings call, CFO Luca Maestri said that “our new services, Apple TV Plus, Apple Arcade, Apple News Plus and Apple Card continue to add users, content and features while contributing to overall services growth.”

CEO Tim Cook added that Apple “worked with everyone from Oprah to Lady Gaga to inform, entertain and give back through Apple TV.”