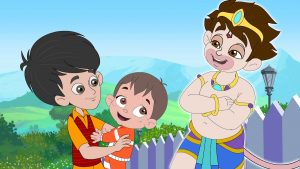 The multi-season deal will see Cosmos-Maya produce three series of 78 x 11-minute episodes for the platform.

The cartoon, which follows the adventures of the young Ankush and Bajrangi – the nine-year-old child version of the deity Hanuman – has been running on Disney India’s pay TV properties since September 2018 and has proved a ratings hit. Its launch on Disney+ Hotstar coincides with Disney+’s launch in India.

Cosmos-Maya CEO Anish Mehta said: “Bajrangi has brought together Disney+ Hotstar and Cosmos-Maya for a multi-season contract and we couldn’t be more excited. An unheard of 234 half-hours of the show spread across three seasons will be aired on Disney+ Hotstar, with season two already live on the platform.

“This is the first highly popular kids’ domestic series that they have onboarded with a two-year vision to further increase its popularity. Selfie With Bajrangi has the ability to speak to audiences with its novel, yet relatable storytelling. It brings to the fore a very important message – that friendships built in the face of adversity last a lifetime.” 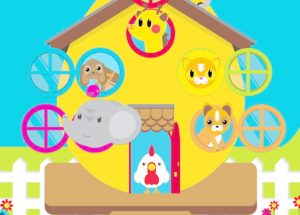 The 12 x 10-minute companion series of themed song, game and story compilations has just launched on the platform, with the 13 x 5-minute series to follow later in the summer.

The deal was negotiated by The Media Pioneers, Hoho’s exclusive Chinese distribution partner for the series, and comes following the recent acquisition of Chickpea And Friends by Canada-based AVOD service Kidoodle.TV.

Chickpea And Friends was developed and written by writer and illustrator An Vrombaut (64 Zoo Lane) and based on animal characters from Welsh broadcaster S4C’s existing pre-school strand Cyw. Narrated by children, it follows the adventures of a chick and her best friends, who live together in a big yellow house.

Helen Howells, Joint MD of Hoho Entertainment, said: “We’re thrilled to be bringing this lovely animated series to preschoolers in China and it’s been a pleasure working with Maggie and her team to make this happen. Chickpea And Friends is all about exploring so it’s no surprise to see the intrepid animals continuing their travels in China.” 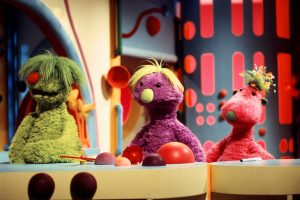 Programming will launch on The Roku Channel on 23 April and include Mother Goose Stories and The Wubbulous World Of Dr. Seuss, Animal Show and Construction Site. Also on the slate is The Hoobs, Mopatop’s Shop and The Secret Life Of Toys.

“Henson’s partnership with Roku is our first big step back into the AVOD market, providing hundreds of hours of our classic content to families,” said Anna Moorefield, VP, of global Distribution at The Jim Henson Company. “Titles such as Animal Show and The Hoobs have not been available for many years, and now is the perfect time to share these evergreen gems with fans new and old alike.” 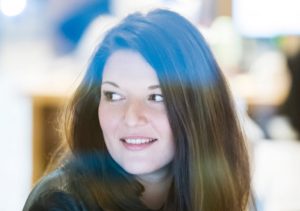 Clélia Santi has been appointed as head of production at French children’s entertainment studio TeamTO.

Santi’s previous roles include seven years at OnEntertainment, on projects such as The Little Prince and Peter Pan; a position as production manager on Studio100 and EuropaCorp’s Arthur And The Minimoys, as well as a role at Xilam working on Oggy Oggy, before she became an executive producer at Blue Spirit. 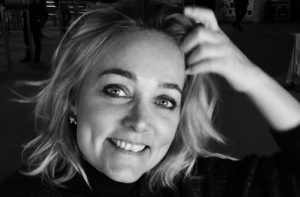 Working alongside Santi is another new appointment – Judith Bruneau, who has also been hired as line producer and talent scout.

Bruneau will manage the staffing needs for both studios, across pre-production, production and post-production.

TeamTo co-founder Caroline Souris commented, “Clélia and Judith have already become valuable and active additions to our studio, even under the current challenging circumstances.  We are absolutely delighted to have such talented women managing the production line and nurturing the talent that is at the heart of TeamTO’s success.” 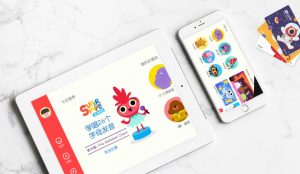 The Ukids app contains “specially curated content chosen for its educational value,” including arts and crafts and nature shows, as well as “socio-emotional” programming.

The service includes more than 3,000 episodes of animation in both English and Mandarin, including such shows as Peppa Pig, Bob The Builder and Fireman Sam.

The Ukids app is available on OTT, iOS, Android mobile and tablet.

Clara Yang, VP of international business and newly-appointed general manager for Ukids, said: “UKids is a unique combination of our ability to acquire top-class English language content from leading international production companies with our dominant position as the foremost children’s entertainment company in China, along with our desire to help children grow and develop by providing educational and entertaining content in a safe and happy environment.” 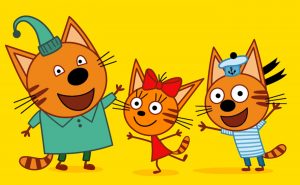 TV Cultura has taken free-TV rights for season one of the show, with Eastern Broadcasting Asia taking pay-TV rights on seasons one and two of Kid-E-Cats for its children’s channel YoYo TV, where the show will debut later this year.

In Canada, Radio Canada has picked up the SVOD rights for season one for its service Extra/ICI TOU.TV.

The series tells the story of three kittens – Cookie, Pudding and Candy – who are forever ready to jump into action – and adventures.

Lionel Marty, MD of APC Kids, said: “Kid-E-Cats has been a runaway success with broadcasters the world over, and we are excited to have TV Cultura, YoYo TV and Radio Canada joining us as channel partners on the series.

“The charming, light-hearted series encourages kids to think about how they act and how it might affect those around them – an important lesson for youngsters everywhere.”