Carey will work alongside CEO Laurence Bowen to oversee the Fremantle-backed company, which has also been behind TV and film projects for UK broadcasters including the BBC, Channel 4, Sky, ITV, Dave/UKTV, Film 4 and the History Channel.

The Emmy Award-winning producer joined Dancing Ledge in May and has executive produced two new dramas for the BBC: three-part factual show The Salisbury Poisonings; and crime drama The Responder, starring Martin Freeman. Both shows are sold globally by Fremantle, which has a minority stake in the company.

Carey said: “High-end drama is a deeply challenging and competitive environment, now more than ever in these exceptional times, and it makes it so much more worthwhile when you’re in a team of likeminded souls sharing common values. 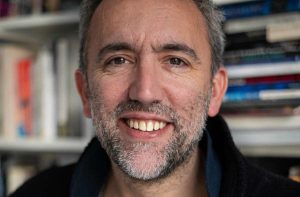 “We’re still at a very early stage in the Dancing Ledge story but Laurence and I are confident that both The Salisbury Poisonings and The Responder will be a good indication of what lies ahead. We’re working with some outstanding talent and have a terrific diverse development slate. We’re very excited about the future.”

Bowen added: “Chris’ experience, knowledge, contacts and creative flair make him the perfect first MD of Dancing Ledge. He’s had huge success in the industry before and since joining Dancing Ledge and with him in a leadership position, the company can grow its reputation as a producer of memorable, bold drama and a champion of new talent.”

Carey’s other credits include BBC One’s adaptation of Victor Hugo’s Les Misérables, psychological thriller Apple Tree Yard and Channel 4’s mini-series Run. Prior to that, he set up and ran UK indie The Welded Tandem Picture Co., which produced Douglas Adams’ Dirk Gently for the BBC and This is Jinsy for Sky TV.