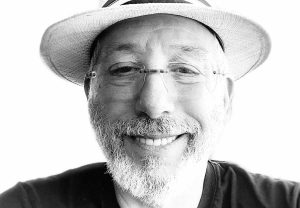 The 8 x 55-minute action series is being co-produced with Italy’s 3zero2 and stars Rudolf Martin (Ford vs. Ferrari), with production set to start in late 2020 for a release in the first quarter of next year.

Kaplan joins creator and lead writer Mark Melville, producers Bruno Zarka (Nucleus Media), and Piero Crispino (3zero2) on the show, which tells the story of a young woman who fights the Holy Inquisition.

Broadcaster details have not yet been revealed.

“Butch is an incredible talent and a true Hollywood Veteran who brings to the show his unique and sharp vision in addition to his international production expertise,” said Bruno Zarka, CEO at Nucleus Media Rights.

Kaplan, whose producer credits include The Notebook, Oldboy and Sundance Channel’s The Red Road, said the show would offer “daring and innovative entertainment” to viewers.

Nucleus Media has offices in London, LA, Milan, Mumbai, and Seoul, and works from concept creation to production and distribution. Service company 3zero2 is based in Milan, Italy, and was founded in 2002 by Piero Crispino and Mario Rasini.