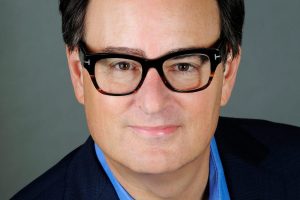 Former Lionsgate exec Dan McDermott has been appointed as president of original programming at US-based AMC Networks, taking up the role previously held by David Madden.

McDermott, who was most recently head of Lionsgate’s scripted TV partnership with BBC Studios (BBCS), also becomes co-president of AMC Studios and fills the void left by Madden, who was president of programming and departed AMC during a restructuring in August.

He will be based in LA and will be responsible for content creation across the entertainment group’s network brands including AMC, BBC America, IFC and SundanceTV, as well as AMC Studios.

Set up in October 2018, the BBCS-Lionsgate venture was formed to identify, co-develop and co-fund scripted formats and original IP for the US market. McDermott had been overseeing operations and shepherding new projects.

The exec began his career at Fox, where he served as EVP of programming and oversaw such series as In Living Color, The Simpsons, Married with Children and Beverly Hills 90210. Moving to DreamWorks, he served as the first president of TV for the studio and helped to shape the co-venture between ABC and DreamWorks TV, as well as forge new shows such as Spin City and Freaks and Geeks.

McDermott previously partnered with Lorenzo di Bonaventura to launch a TV firm where he exec produced series such as Zero Hour, The Real O’Neals and the upcoming Jupiter’s Legacy for Netflix. Other credits include the 2006 remake The Omen, Lifetime’s Angela’s Eyes and feature film Eagle Eye for DreamWorks.

In his new role at AMC, he will serve as co-president alongside Stefan Reinhardt, with both reporting to Sarah Barnett, president of AMC Networks Entertainment Group and AMC Studios.

Also joining AMC Networks is David Beck, who has been named EVP and head of programming strategy and business operations. He was most recently EVP of strategy and operations at WarnerMedia and will also report to Barnett.

“These two outstanding leaders arrive as we reshape our company to put our passionate audiences and premium content at the heart of our operations,” said Barnett. “Nobody can thrive today in our fast-moving industry without a nimble structure and exceptional teams led by outstanding people, that’s what we’re building at AMC Networks.”