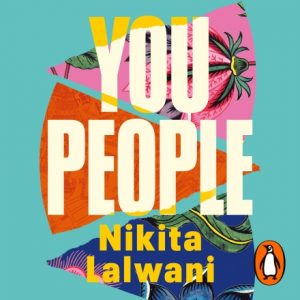 The novel follows enigmatic south London restauranteur Tuli, who uses his business as a base to provide essential but dubious services for those in need. Among those that come to him for aid are Nia, who is running from her family and a troubled past and Shan, who has escaped the Sri Lankan civil war.

The deal with the Bodyguard and Line Of Duty producer was brokered by Luke Speed at Curtis Brown Group. You People will be published by Viking UK (Penguin Random House) in April and has been purchased for US publication by McSweeney’s.

Lalwani said: “You People is a book about the moral choices we face in contemporary Britain, and I can’t think of anyone better placed to dramatise it.

“It’s genuinely thrilling to be working with World – they have an astonishing pedigree and unflinching eye on the world we find ourselves in right now.”

Jake Lushington, head of drama for World Productions, said: “We’re thrilled to be working with Nikita on adapting her ground-breaking novel. You People is a rare thing: a fresh and urgent story of the struggles and realities asylum seekers face in an ethnically diverse and thriving London. It places values and the relationship between London and the rest of the world at its core, at a time when that could not be more relevant.”