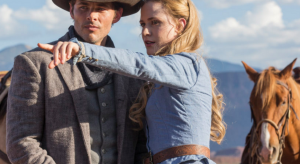 HBO GO will move to a new home in Thailand later this month, as both a standalone service and as part of a broadband bundle with operator 3BB.

Subscribers to WarnerMedia Entertainment Networks and Triple T Broadband’s (3BB) service will have access to the HBO channel and its content via the HBO GO app as one of a range of broadband packages, from 30 March.

HBO GO will also be available for download as a standalone service from the App Store or Play Store for Bt149 ($4.70) per month.

WarnerMedia’s suite of six HBO linear channels will also be available on 3BB’s IPTV service, which is scheduled to launch later this year. Viewers will have access to global hits like sci-fi drama Westworld as well as HBO Asia Originals, such as Halfworlds and Folklore.

Clement Schwebig, MD of WarnerMedia Entertainment Networks, Southeast Asia, Pacific and China, said: “HBO has a new home in Thailand and it’s great news for those who love streaming our channels, and watching the latest blockbuster movies and series anytime, anywhere. 3BB has big plans for HBO GO, and their tremendous enthusiasm and commitment is clear.”

Subhoj Sunyabhisithkul, president of Triple T Broadband, added: “With HBO’s large group of loyal fans in Thailand and long-standing success, 3BB is confident that this collaboration will entertain our 3 million plus 3BB customers nationwide, and they’ll enjoy watching HBO’s premium content on our platform.”