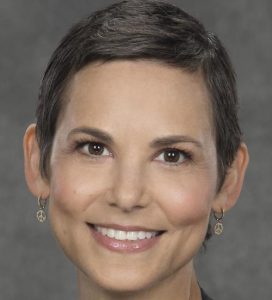 ViacomCBS has made a raft of changes to the senior exec team leading its streaming business, following the company’s plans to offer an expanded version of its CBS All Access offering.

Julie McNamara becomes EVP and head of programming at CBS All Access, with a remit across programming strategy, current and future originals, acquisitions and content from, ViacomCBS stablemates.

She had previously overseen programming for the streamer and will continue to report to ViacomCBS chief digital officer and CBS Interactive CEO Marc DeBevoise, but now also chief creative officer David Nevins.

He reports into McNamara and CBS Entertainment president Kelly Kahl, with a remit to oversee programming making its way onto CBS All Access and the development of new content.

Other changes see Rob Gelick promoted to EVP and general manager of streaming services and chief product officer at ViacomCBS Digital, with a remit across product design and engineering. Domenic DiMeglio becomes EVP and head of operations and chief marketing officer for ViacomCBS Digital. The duo report to DeBevoise.

News of ViacomCBS’s plans to bolster its OTT operations emerged earlier this month and were confirmed by the recently merged company in its fourth quarter results.

The expanded CBS All Access will sit alongside AVOD options such as PlutoTV and offer originals and shows from the group’s cable channels – although not Showtime, which will continue to have its own streamer.