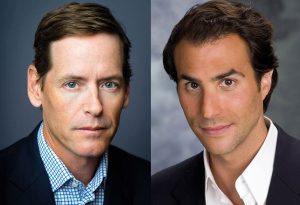 US producer and distributor Propagate is partnering up with European outfit Constantin Entertainment on a far-reaching development and production pact.

Propagate, which was founded in 2015 by Ben Silverman and Howard T. Owens, will develop and produce entertainment across all formats and genres with Constantin Entertainment.

The latter is a subsidiary of Constantin Film (Resident Evil) and is based out of Germany. It has been behind Chris Tall Presents, the first German Amazon original entertainment show, and Milfor Missy, the first reality show for ProSieben and Discovery’s streamer JOYN.

Propagate has offices in LA, New York and Paris, with a slate that includes November 13: Attack On Paris and Haunted for Netflix, as well as Lore for Amazon and Charmed for The CW.

Constantin’s general manager Jochen Köstler said: “With their robust and growing catalog of content across all genres and formidable development and creative team, Propagate is the ideal partner for Constantin Entertainment. Production is imminent and will continue to ramp up as we look forward to sharing much of Propagate’s great content and formats with our many clients.”

Cyrus Farrokh, Propagate’s international president, added: “We’re thrilled to team with Constantin, a powerful independent creative force throughout Europe. Our new partnership will provide both of our companies a wealth of opportunities across all genres and formats.”