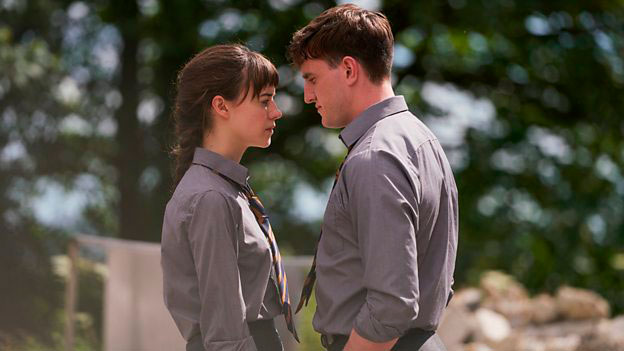 Like Normal People (above),Conversations with Friends will be produced by Element Pictures

The BBC is doubling down on its adaptations of acclaimed author Sally Rooney’s work.

BBC Drama is to adapt the writer’s best-selling debut novel Conversations With Friends (12×30-minutes). The news comes ahead of the Spring launch of the BBC and Hulu’s adaptation of Rooney’s Normal People.

Like Normal People, Conversations with Friends will be produced by Element Pictures. The lead director will also be Oscar-nominated Irish film director Lenny Abrahamson and the show will be produced for BBC Three.

However, Hulu is not involved in the new series at this stage.

Set in Dublin, Conversations with Friends is about two college students Frances and Bobbi who forge a strange, unexpected connection with a married couple, Melissa and Nick.

Following her work on Normal People, Alice Birch will return to write a number of episodes of Conversations With Friends, with further writers to be announced. Normal People was also directed by Lenny Abrahamson, along with Hettie McDonald, and produced by Element Pictures. It was made in partnership with Hulu.

It will be executive produced by Ed Guiney, Andrew Lowe, Emma Norton, Lenny Abrahamson and Sally Rooney; plus Rose Garnett and Tommy Bulfin for the BBC. Filming dates and casting will be announced in due course.

Rooney said: “I am so pleased to be working with the team at Element, Lenny Abrahamson and the BBC to produce an adaptation of Conversations With Friends. I’m confident we’re going to find fresh and interesting ways of dramatising the novel’s dynamics, and I’m excited to watch the process take shape‎.”

Abrahamson said: “I love Conversations With Friends, its depth, humour and freshness, and it’s an honour to be involved in bringing it to the screen. I’m particularly happy that my connection to Sally and her work is set to continue. Making Normal People has been a singular pleasure and I’m excited to be working with the same brilliant team again on Conversations With Friends.”

Piers Wenger, controller of BBC Drama, added: “We are all addicted to Sally Rooney’s writing and will plunder her literary canon as long as she is writing. And so, on the back of the taut and tangled Normal People we are delighted that Sally has entrusted us, and the wonderfully talented people at Element Pictures, with her debut novel Conversations With Friends. To top it all Lenny Abrahamson has agreed to continue his association with Sally to direct.”