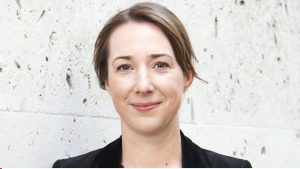 The BBC has promoted Catherine Catton to head of commissioning for popular factual and factual entertainment.

Catton joined the popular factual and factual entertainment commissioning team at the BBC in 2015, and has overseen titles including The Misadventures of Romesh Ranganathan, Remarkable Places to Eat and The Big Hospital Experiment for BBC Two and Best Home Cook for BBC One.

Forthcoming commissions include You Are What you Wear with Rylan Clark-Neal for BBC One and Last Woman on Earth with Sara Pascoe for BBC Two.

Before joining the BBC, she was a senior commissioning editor at UKTV where she commissioned programmes including David Attenborough’s Natural Curiosities and Storage Hunters.

Alison Kirkham, BBC controller of factual commissioning, said: “Catherine is respected for her supportive manner and creative insights by colleagues and suppliers alike. I have no doubt that she will do a phenomenal job and lead an already vibrant and flourishing department to continued success.”