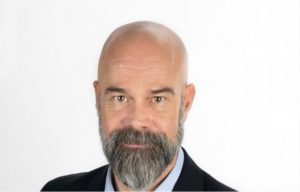 Andersen was appointed to the job in October 2019 and was previously EVP and chief content officer for NENT Group’s Viaplay streaming service and prior to that EVP and group head of programming and content development.

Anders Jensen, NENT group president and CEO said: “Jakob Mejlhede has made an outstanding contribution to building Viaplay as the leading Nordic streaming service. We premiered our first original less than four years ago and we will premiere at least 30 series in 2020, many of which have been sold internationally.”

Jakob Mejlhede: “I have enjoyed every second working with my amazing friends and colleagues at NENT Group. We have built something truly special in Viaplay and I feel very proud of what we have achieved together. Now I have decided to take a new step forward in my career and I am excited about what lies ahead.”

NENT said a new CEO will be appointed in due course.

Reporting into managing director Samantha Lawrence and creative directors Will Macdonald and David Granger, Brack will be tasked with continuing Monkey’s expansion in the US.

Brack will aim to build on existing relationships with NBC and its networks such as Bravo and E!, new streaming service Peacock, Universal Television Alternative Studio and NBCUniversal Formats to create shows with global appeal. Funded development is already underway for a new series. He will also look to foster new opportunities outside of the NBCUniversal.

Bennemann will expand his current responsibilities overseeing co-productions and acquisitions of European drama series as well as developing original content with a focus on the German and Nordic market. Operating out of Dynamic’s Berlin office he has helped lead the company’s recent Nordic drama slate including Summerdahl Murders and Deliver Us.

In her new role as senior vice president of international sales, Demirtas is responsible for sales in Asia, Benelux, CEE, GSA, Mena, and Russia.  Based in Munich, she has led sales on Dynamic drama series including Z Nation, Trapped, The Day and Deliver Us to channels and platforms throughout her territories.

Betsy Beam, based in the company’s Los Angeles office, will be focusing on growing Dynamic’s English language development slate and helping oversee current shows in production, including the upcoming Netflix series Ginny & Georgia.